Zee TV’s popular show Guddan Tumse Na Ho Payega has been coming up with a perfect blend of romance and drama in its recent episodes.

Recently, the viewers have seen Antara’s (Dalljiet Kaur) ill health had stopped Akshat (Nishant Malkani) from telling the truth. However, Guddan (Kanika Mann) and Antara get into a huge fight as a result of which Akshat steps in at the right moment and tells Antara to respect Guddan as she is the main lady of the family, being his wife. He clearly tells Antara that Guddan is not a guest, but that he has actually married her.

Post the huge revelation, Antara suffers a major breakdown. She burns her own portrait that is put in her room along with Akshat’s picture.

On one hand, Guddan is dealing with this drama at her husband house. Now, to bring more trouble in her life, Parv will return to seek revenge. The boy, who was humiliated by Guddan will decide to teach her a lesson.

Shares a source, “Parv (Rehaan Roy) will plan a lot of evil moves to destroy Guddan’s life. He would also disguise and don a new look to hide his identity. To trouble Guddan, Parv will kidnap Guddan’s father Bushan.”

The girl is trapped in a lot of problems. Now, viewers will have to wait and watch how Guddan comes out of the problems. 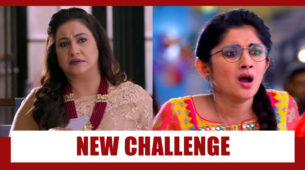