As per the plot, Pushpa Birla (Anahita Jahanbaksh) gives give the responsibility to Choti Guddan (Kanika Mann) of handling the catering for Agastya (Savi Thakur) and Nia’s (Maera Mishra) marriage.

Now, in the coming episode, Agastya and Choti Guddan have an ‘unplanned’ teeka ceremony

OMG! Are Choti and Agastya destined to be together? 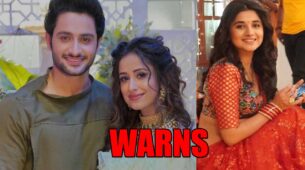