As per the plot, Agastya (Savi Thakur) meets with an accident and is rushed to hospital by Choti Guddan (Kanika Mann).

Now, in the coming episode, doctors will declare about Agastya being out of danger. Guddan and Rashi will heave a sigh of relief. Later, Guddan will accept her marriage with Agastya and will also decide to fast on Karwa Chauth. She will wake up early in the morning and do all the preparations.

Will Agastya fall in love Guddan? 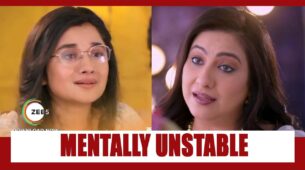