As we know, Sejal overheard the dirty plans of Kabir (Vishal Vashishtha). Before she could tell them to Ridhima (Helly Shah) she was kidnapped. However, for a change, the kidnapper was not Kabir but Aaryan (Manasvi Vashisht).

Aaryan and his mother (Geetu Bawa) are playing bad, trying to get a loophole to use against Ridhima and separate her from Vansh (Rrahul Sudhir).

Amidst all the game plans, Sejal is trapped behind a wall in the basement of VR Mansion. Well Ridhima gets to know of the possibility of Sejal being in the basement. At the same time, Kabir too wants to destroy all the evidence against him and wants to kill Sejal. So he too enters the mansion stealthily.

Who will get to Sejal first? Will it be Ridhima or Kabir? 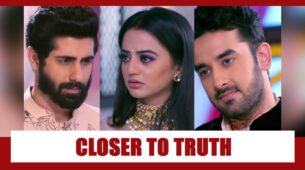