Star Bharat’s newly launched show ‘Meri Gudiya’ which portrays the eternal bond of mother-daughters’ love has kept the audience hooked on the screen. Aalisha Panwar who essays the role of Madhuri Gujral comes back after her death in the form of a doll to protect her child Avi from the evil plans of Rudraksh.

Aalisha Panwar is a well-known face in the TV industry and she recently hit the milestone of 1 million followers on Instagram. She is loved by her fans across globe, during her recent trip to Dubai her fans showered her with loads of love and beautiful surprises.

Aalisha had kept a surprise planned on her own for her fans and she revealed the same on her Instagram that she is all set to come back in a spirit form to protect her innocent daughter from the evil plan of Rudraksh.

Aalisha is equally excited to play the role of a fierce mother who would go to any lengths just to keep her daughter safe. She shared her on set experience saying, “I felt really good to be back on the sets. I missed Avi (Jenisha) and my fellow cast and crew members. For this particular sequence that I shot where I had to shout at Rudraksh (Rahul Singh), I felt wonderful channelling my inner Madhuri gave me strength and I have realized there is no other bond stronger than that of a mother and her child.” 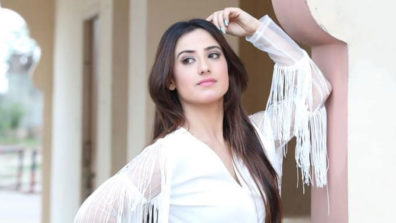 Check out Aalisha Panwar's sweet surprise for her fans during lockdown 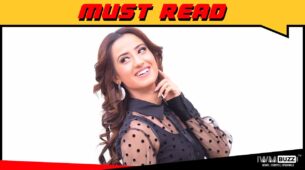 I have no regrets choosing Meri Gudiya over Naagin 4: Aalisha Panwar I miss my mom but due to the current crisis I can't meet her: Aalisha Panwar