Gear up for a major revelation in Life OK’s Ghulaam… We already saw Veer’s (Vikkas Manaktala) ill treatment with Rangeela (Param Singh) for standing against him. We have learnt Veer will plan more vicious things and play tactics to show Rangeela his worth. However, Rangeela will decide to take a stand and fight back for his family.

Viewers will get to see a major revelation amidst the drama.

As per a reliable source, “Veer and Rangeela will enter into a heated argument. And Rangeela will decide to kill Veer. Soon, Veer’s father Bhishma (Bhagwan Tiwari) will reveal a big secret to Rangeela of him being Veer’s brother.”

In the past, Veer’s father Bhishma and Rangeela’s mother Pagaliya (Samta Sagar) had an affair and Rangeela is their children. Hence, Bhishma decided to keep Rangeela with him forever by making him Veer’s Ghulaam.

This truth will come as a shocker to both Rangeela and Veer.

Will Veer accept Rangeela as his brother? 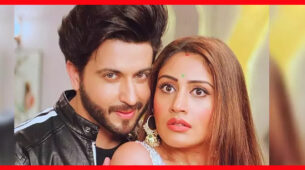