In the upcoming episodes of Neela Tele Films Private Limited’s Taarak Mehta Ka Ooltah Chashmah (TMKOC) the Sony SAB show, all hell breaks loose when Bhide finds out or at least, assumes that his house has been broken into.

After running an errand for his wife when he returns home, he finds everything in a state of disarray, the cupboards empty and the jewelry gone. Also, with Madhavi not at home, he tries to call her only to find out that she has left the phone behind. Completely distressed, not knowing what to do, Bhide goes over to Roshan’s house to check if she might know Madhavi’s whereabouts. One thing leads to another and the within minutes, the entire Society gathers in the compound to pacify Bhide and to think of ways to find out what may have really happened.

The only hint to knowing who was involved in the possible robbery of Bhide’s house and of a potential abduction of Madhavi, is finding out more about a blue car. Abdul informs Bhide that he had seen the blue car speed away from the Society just a little earlier, but unfortunately he could neither see who were in the car nor was he able to note its number plate. Bhide then immediately calls up the Police and reports the incidence to Inspector Chaalu Panday.

For their camaraderie, will the residents of Gokuldham Society do what is really uncalled for? What happens next is going to make viewers erupt into bursts of laughter. 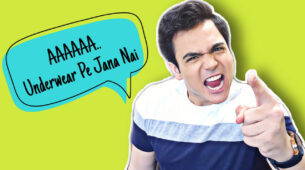