Neela Tele Films Private Limited’s Taarak Mehta Ka Ooltah Chashmah (TMKOC) will celebrate Gandhi Jayanti with a special episode dedicated to the Mahatma’s teachings and values. The show will cover all aspects of his life’s journey covering everything from his place of birth to his schooling and other places of historical significance.

On the occasion of Gandhi Jayanti, Tapu Sena will organise a programme in the Society which will focus on the principles The Mahatma lived by. The special episodes have been shot with Tapu Sena, Master Bhide and Champak Chacha at important locations connected with The Mahatma’s life that include Rajkot, Ahmedabad, Porbandar and Maharashtra. Some of these locations included the birth place of Gandhi ji – Kirti Mandir, Porbandar; Kochrab Ashram and Gandhi Smarak Sangrahalay at Sabarmati Ashram in Ahmedabad; Mahatma Gandhi Museum, Rajkot and Sevagram Ashram Pratishthan, Wardha.

Mandar Chandwadkar who plays Mr. Bhide in the show says “It was a special shoot as Mahatma Gandhi ji is the Father of the Nation. We are trying to depict his life teachings and values through the show.”

Palak Sidhwani who plays Sonu in TMKOC says, “It was a great experience to get a glimpse of Gandhi ji’s life through the show. Visiting the places that Gandhi ji lived at made us connect to his soul and we felt a sense of peace being there.”

Samay Shah who plays Gogi in the show adds “The principles Gandhi ji’ lived by have a lot of relevance to today’s audience. It was a wonderful experience reliving The Mahatma’s life by shooting at the locations he spent his formative years in. We hope the audience loves this endeavor from our side.” 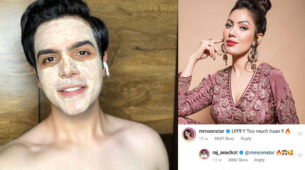