In the coming episodes, Champakk Lal aka Bapuji (Amit Bhatt) witnesses a protest being carried out which leads to a lot of issues. TV channels showcase the protest pictures and videos which upsets Bapuji.

Later, he also finds out that because of the protest Tappu’s colleges is cancelled, Jethaa Lal’s business is stopped, Abdul’s shop has less stock hence he can’t provide necessary things to the society people. These things make Bapuji angry and he decides to go and stop the protest. He asks Popatlal to come with him and the two head out.

Soon, Jethaa lal reaches home and can’t find Bapuji. He calls everyone and understands that Bapuji has gone missing.

Also Read: I had an option to choose another role, but I am happy I took the role of Bapuji: Amit Bhatt of Taarak Mehta Ka Ooltah Chashmah 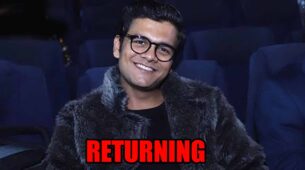