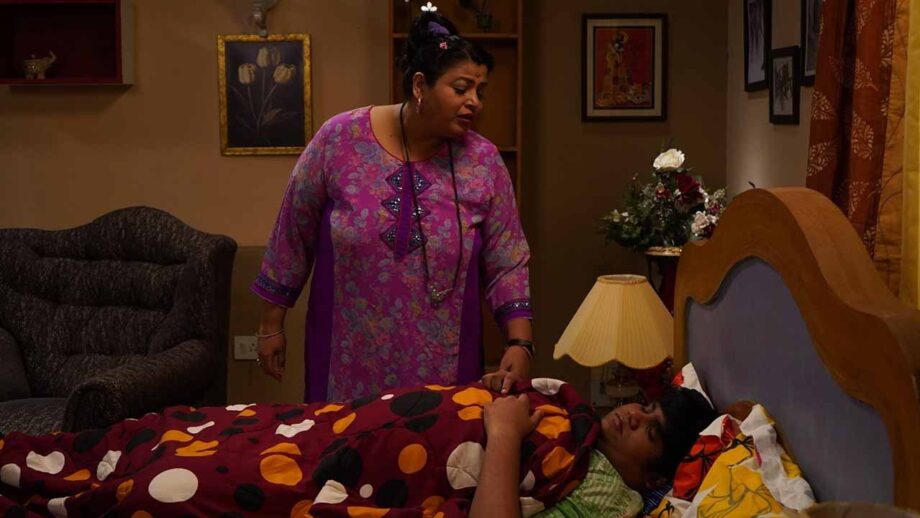 The upcoming episode of Neela Film Productions Private Limited’s Taarak Mehta Ka Ooltah Chashmah (TMKOC) will see Gokuldhaam Society’s mood going from sour to bitter. The Purush Mandal is frustrated with disrupted routines and Work from home while the Mahila Mandal is stressed out with their husbands’ erratic moods and their children’s sloppiness. Champakklal who has been watching Jethaalal’s mood slowly graduate from being bored to becoming grumpy, gets a sense of how people must feel locked up in their homes. He decides to take a quick rain check with everyone in the Society and calls up each home.

First, he begins with Madhavi and learns from her that Bhide has been continuously taking classes online. His class schedules are all over the place and students are calling him beyond scheduled times and he has been obliging. Bhide has become unavailable at home despite being at home all the time. Next, he calls up Komal and learns that she has been going mad with Goli’s binge eating, sleeping, watching online videos and playing games. With Dr. Haathi on constant calls, she has been single-handedly taking care of the household activities. Roshan has a completely different set of problems. The jovial natured Sodhi has taken up partying at all times as his way to deal with the lockdown. She too has become burdened with taking care of almost everything at home.

Champakklal calls Babeetta next and gets to know that more than anything else, she is worried that Iyer may be losing his mind. Iyer has been reading, watching, eating and sleeping about the development in the cure for Coronavirus. He has become obsessed with the need to know every little detail and update in the scientific community. Lastly, Anjali informs Champakklal how everyday life has come to a standstill. Taarak Mehtta’s boss has completely taken over Taarak’s life and all that he has been doing is work. Morning, afternoon, evening, and sometimes even into the night Taarak has been occupied on the laptop. He even had to cancel a home dinner date one evening and Anjali had to eat all alone.

Slowly and steadily the stress and uneasiness of staying at home are beginning to take its toll on everyone. Champakklal understands the pain that each one is going through. He understands that it’s not only Jethaalal who is feeling anxious all the time because of his business being shut but even those who are in different professions are equally affected. This has led to a chain reaction with the men’s moods which have begun to affect the women now.

Does Champakklal have a plan? Does he know how to brighten up everybody’s day and lift the dark cloud from above their heads? There’s much to see and learn from the next few episodes and while all this may sound tragic, Gokuldhaam Society’s equation with tragedy almost always converts into unexpected incidents of comedy.