Sexy Naagin dance from all the seasons of Naagin Naagin 4 premiered just a couple of months ago and has already become one of the most-watched shows on Indian Television. Given the track record the supernatural show has had, it is not even surprising.

The duo Jasmin Bhasin and Nia Sharma partied like crazy at a club in Mumbai with some of their close industry friends. The beautiful ladies looked quite sultry and jaw-dropping. They showed their amazing and bold dance moves as they grooved to peppy numbers. Interestingly, they shook a leg on the Naagin song and proved that no one can do the snake dance better than them.

Now, Nia, who is extremely popular on social media, shared a video of herself doing the Naagin dance with Sayantani Ghosh. Earlier, we have seen Mouni Roy, Adaa Khan, Surbhi Jyoti among others give a scintillating performance as shape-shifting serpents and Nia sure looks excited. She shared the video on social media.

Also back to Mouni Roy, dressed in golden naagin attire and current Naagrani Bela aka Surbhi in her regular white get-up strike, the moves as the choreographers surround them guiding through, in the video. The iconic song of late Sridevi from her 1986 film Nagina, Mai Teri Dushman, Dushman Tu Mera plays on the sets while the two stunning actresses dance along with it. The videos are being circulated heavily.

Naagin 4 viewers got a treat by seeing Nia Sharma and Sayantani Ghosh’s sexy dance moves on the show. The two actresses who play mother and daughter on the supernatural show did the tandav dance. Both Sayantani and Nia dressed in naagin costume killed it with their dance video in the short video shared by Sayantani who plays Manyata on the show.

Check out all naagins and their Tandav dance from all the seasons of Naagin: 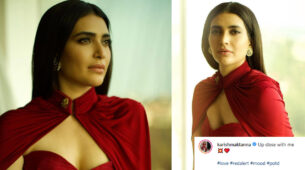 Mouni Roy goes dark and sexy in her new look 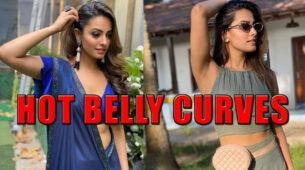