Kumkum Bhagya 13 May 2019 Written Update of today’s episode we see how Abhi and Daadi follow the cab, the one they think Pragya is in. 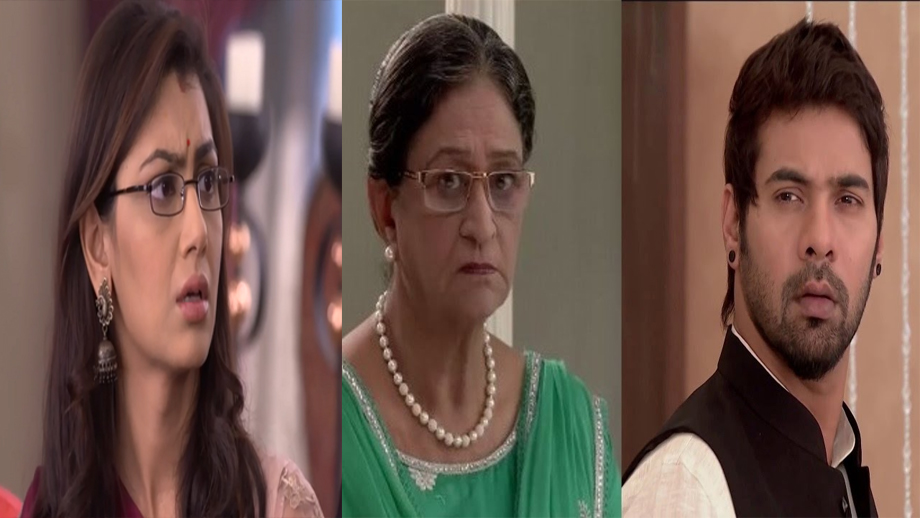 Today’s Kumkum Bhagya 13 May episode begins with Abhi (Shabbir Ahluwalia) taking the car out to follow Pragya’s (Sriti Jha) taxi. Daadi tells him she must be scared that no one met her and because of his Pragya left. However it is rush hour and Pragya asks her driver to speed up to reach Sarita faster. Abhi loses focus in seeing Pragya’s car but catches sight of it again. Prachi (Mugdha Chaphekar) goes to thank Ranbir for helping her mom.

She finds him holding his hand in pain after getting hurt. Ranbir pretends to be a hero who doesn’t need help. He even guilt-trips Prachi into telling him sorry. Prachi leaves believing that Ranbir is a nice guy while Ranbir is happy that Rhea and Prachi both see him as a hero. Shahana slips and runs into Rhea.

This makes Rhea angry and it starts off an argument between the two of them. Rhea insults Shahana for being poor. She demands for a glass of water from Shahana then refuses to drink from it. Shahana cries and tells this whole incident to Prachi who get angry at Rhea. Abhi follows the cab he knows is Pragya’s.

He stops the cab and gets out of his car. Pragya’s cab stops too, but when she looks up she has hit a dead end. Abhi also sees someone else in the cab that he stops. Abhi is back in his car when Pragya passes by them again. Prachi confronts Rhea at the party. Rhea is happy about making Shahana cry by what she said.

She demands respect when Prachi is talking to her. Prachi loses her patience and warns Rhea to never insult Shahana. Prachi threatens to punish Rhea to make her a better person. Meanwhile Abhi returns home and Aliya notices that he is upset.

Abhi believes that he followed the wrong car. Aliya says that she felt Pragya was in the house too. However she believes that Pragya was there to steal Abhi’s daughter. The written update of 13 May 2019 Kumkum Bhagya episode full story ends here.