In Saath Nibhana Saathiya 2 Written Update Season 02 Episode 20 10th November 2020, we see that Anant meets Gopi Kaka and asks him if he remembers him as they met at the Mumbai airport. Gopi realises that Anant met Jaggi and now Gopi Kaka. 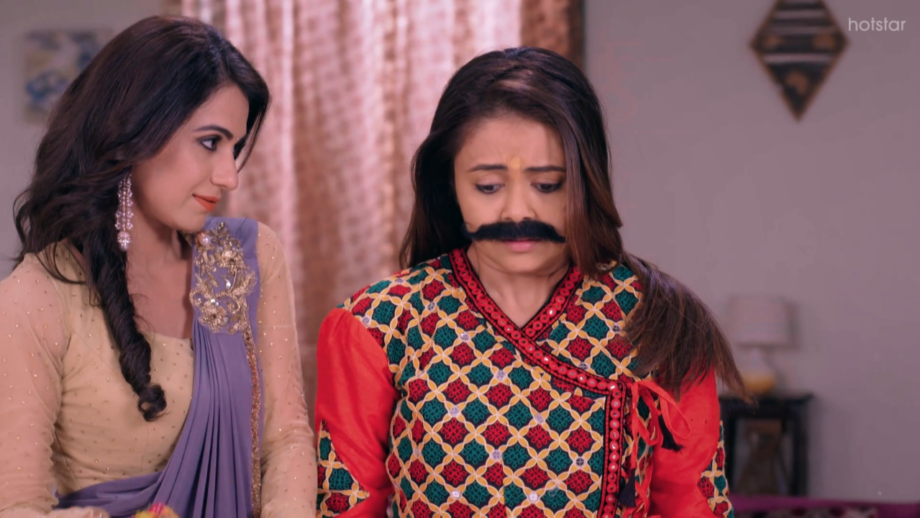 The episode of Saath Nibhana Saathiya 2 starts with Kanak and Kokila going towards the outhouse. Kokila asks Kanak why she brought her to the outhouse. Gopi hears Kokila’s voice and turns so that Kokila will not see her. Kanak switches on the lights and tells Kokila that her only nails are fake, but this person is fake.

Kokila asks Gopi why she is in man’s disguise. Gopi thinks that she cannot tell Kokila the truth that the Kaka she is staying with is Ahem Ji. She thinks that he has forgotten everything and now is a different person. Gopi tells Kokila that she cannot tell her anything and tries to leave. Kokila stops her and says that till Gopi tells her the truth she will not speak to her.

Gopi Kaka is coming towards the outhouse. He thinks that after so long he got a good friend like Garodia/Gopi and bought khandvi for him. Kokila comes out of the outhouse and is going into the house. Gopi Kaka and Kokila are about to cross each other. Anant comes to stand in front of Gopi Kaka and asks him if he remembers him. Kokila passes Gopi Kaka without noticing him.

Gopi Kaka tells Anant that he does not know him. Gopi comes to Anant. Gopi Kaka scolds Gopi as he said that she should not come in front of him. Gehna enters and takes Gopi Kaka in the outhouse. Gopi shares everything with Anant.

Precap: Kanak asks Sagar to mix alcohol in Pandit Ji’s bowl. Pandit Ji will think that Gehna added alcohol in his bowl and will throw the bowl on her head.