Taarak Mehta Ka Ooltah Chasma 25 April 2019 Written Update of today’s episode we see how Sevaklal is feeling the jitters fter hearing volatile information and asks Jethalal to not sell the phone to Mewalal and reveals the truth about votes. Taarak and Jethalal intend to know the truth to expose Sevaklal’s unconstitutional plan during the election season. Jethalal suspects Sevaklal would distribute the mobiles to the poor and seek their votes. Hence, he wishes to know the real reason behind Sevaklal’s decision to purchase 6000 mobile phones. Taarak reaches Gada electronics and asks Jethalal to give an exclusive offer to Sevaklal to extract the truth from his mouth. To trap Sevaklal, Jethalal comes up with a brilliant idea and hopes it gets executed well. Taarak feels it is the best way to find out what the truth is. Bagha sends a text message to one of Sevaklal’s workers stating that he has something important to convey to the leader. Jethalal seeks an appointment with Sevaklal and gets obliged by the politician.

Jethalal tells Taarak to record his conversation with Sevaklal so that they could approach the Election Commission with evidence against the politician. However, when they reach Sevaklal’s office, their phones are taken away by the workers. Now how will they record the conversation?

Nonetheless, Taarak and Jethalal visit Sevaklal to share the message with them. Jethalal says that Mewalal, Sevaklal’s opponent has also placed an order for phones from Gada Electronics because he wishes the distribute them among the people of Garib Nagar.

Sevaklal, who feels the jitters after listening to the volatile information, asks Jethalal not to sell the phone to Mewalal. And during the conversation reveals the truth about getting ten votes for one phone. However, in the end, Sevaklal indirectly threatens Jethalal to stay silent if he wishes to lead a peaceful life. The written update of 25 April Taarak Mehta Ka Ooltah Chasma episode full story ends here. 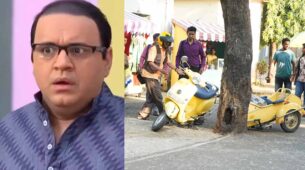 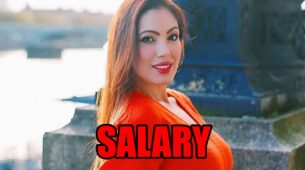 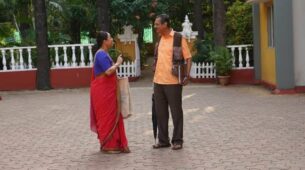