Today’s Yeh Rishtey Hai Pyaar Ke 26 June episode starts with Meenakshi scolding Shweta for not doing her job correctly. She informed her that Kunal was going to meet Kuhu. Meenakshi told Parul that Kunal was with Abir. Parul asked about the phone call but she dismissed her. Mishty (Rhea Sharma) and Kuhu assured the sir that they would perform amazingly. Mishty informed Kuhu about Kunal’s arrival and she vanished from there. Kunal told Kuhu that he wouldn’t have come if he knew Mishty was helping Abir (Shaheer Sheikh). Kuhu informed him that she was going to perform. Mishty asked Abir if her dress was fine.

They shared a moment when Abir zipped her dress up. Abir started singing poems on the phone to make Mishty jealous. Mishty challenged Abir that she can sing too. Mishty started singing on stage and Abir joined her which made Kuhu upset. Shaurya and Varsha came to enjoy the performance but the power went off. They decided to go to another restaurant. Kuhu and Kunal came out just when they left. Kunal decided to search for Abir but got distracted when Shweta called him.

Kuhu informed Mishty and Abir that Kunal had to leave because of some emergency. Shweta tried to get Kunal to forgive her. Abir arrived and warned Kunal about Shweta. Shweta admitted to pretend because she loved Kunal. Kunal left with Kuhu. Mishty told Abir that they should tell Kuhu about Shweta. Shweta informed Meenakshi on call that she had a plan. Parul overheard Meenakshi and Shweta’s phone conversation. The written update of 26 June 2019 Yeh Rishtey Hai Pyaar Ke episode full story ends. 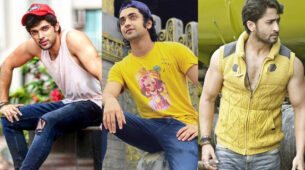