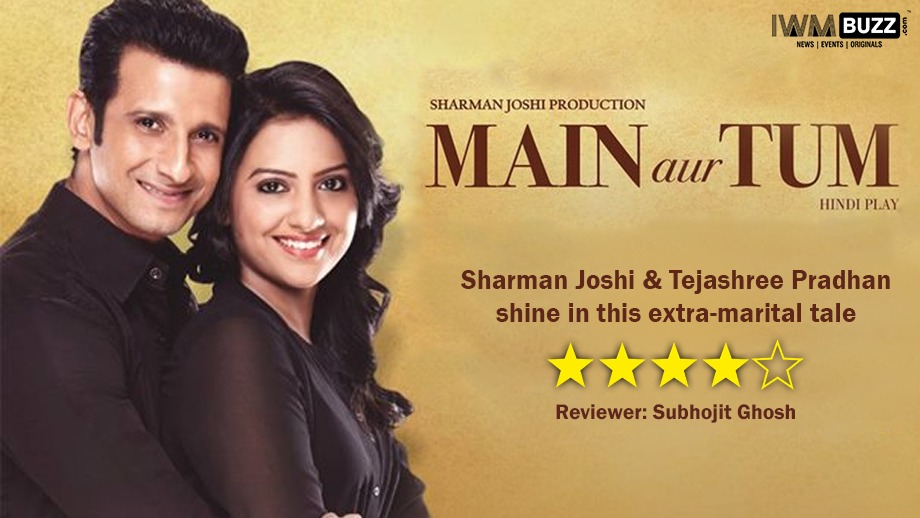 Whenever we talk about the term ‘extra-marital affair’, we tend to subconsciously find it synonymous with cheating, uncontrollable lust, deceit, thuggery and what not. But is it always the same? Can extra-marital affairs never be something like a reunion of old souls who lost each other when ‘life’ happened to them? Sharman Joshi and Tejashree Pradhan’s ‘Main Aur Tum’ is one such beautiful narrative that makes you think about the other side of the coin.

The story starts to take its course when Siddharth and Malvika meet each other for dinner after years of getting married to their respective spouses. After having a wonderful time on the first date, they decide to make this meeting once every year on the same date phenomenon and end up following this for the succeeding 24 years. As already mentioned, although both are married, they tend to get carried away in each other’s presence every time and end up waking up next to each other the following morning thinking how did ‘it happen? As we can understand, 25 years is a huge time frame and each time they meet during this course of 25 years, they discuss the various aspects of their life starting from their children, spouses, death, and whatnot. Every time, you see them meeting and engaging with each other, your mind will tell you that it is nothing but a plain and simple case of cheating, infidelity, and perfidiousness, but the way they emote their feelings towards each other, your heart will certainly be convinced that there’s much more to the tale than just the outer layer of it.

Very successfully they both manage to convince the audience that despite them cheating their spouses, they aren’t doing something immoral and licentious. After a certain point in time, you are convinced about the truthfulness in their characters and the genuine comfort and solace they find in each other. The chemistry between Siddharth and Malvika sets in right from the word go and both look absolutely inseparable and in love with each other.

Special credits to Sharman Joshi for the way he held up the play for the entire duration with his quirky punchlines and hysterical one-liners. Tejashree Pradhan, who makes her Hindi theatre play debut with this one, too shines and despite the initial struggles that she has in the dialect and dialogue delivery, she picks up pace fast and in an admirable smooth manner. The most hilarious scene has to be towards the end when Tejashree is seen going bonkers with her pregnancy and there’s a need to get her to the hospital ASAP and Shraman going crazy struggling to deliver the same. The comic punches throughout the entire duration backed by some extremely innovative background score make each and every sequence chuckle-some to the core.

Overall, the play Main Aur Tum is an entertaining and delectable watch and you cannot stop but fall in love with Sharman’s impromptu acting and comic timing, taking nothing away from Tejashree though. Both deserve all the accolades and love.