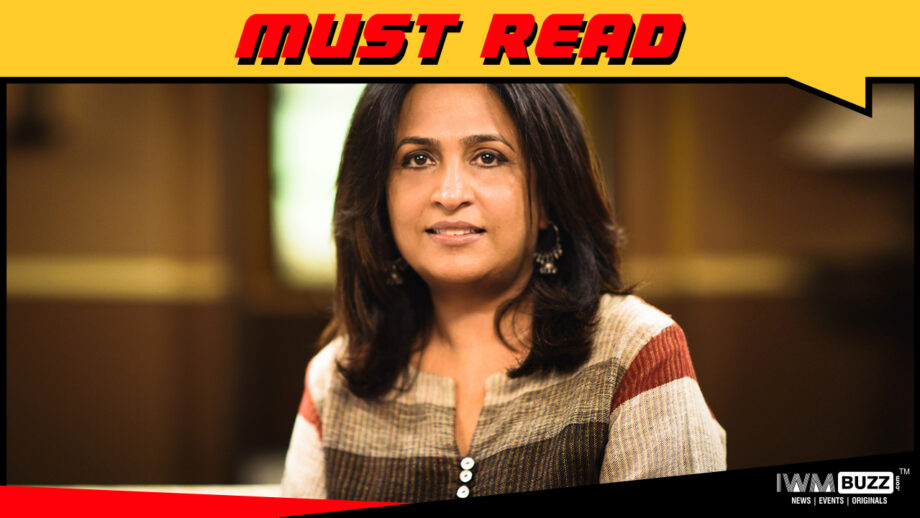 Demure yet dynamic Shailja Kejriwal is an independent creative curator/ producer. Shailja’s current passion is Zee Theatre’s ‘Teleplay’ – a concept which aims to strengthen theatre in India and get stage stalwarts to unite and bring on the best for the world.

A unique idea to digitize theatre plays for both television and online audiences covering geographical boundaries. The aim of Zee Theatre while preserving and curating existing plays, is also to bring these plays, in addition to new ones, to a wider range of audience. Here’s an excerpt from an exclusive chat with Shailja:

With Zee Theatre teleplays, you have tried to revolutionize theatre. What prompted you to try out this experiment?

I don’t think I can revolutionise theatre. Theatre is the oldest art form that thrived much before me and will continue to do so after me as well. I guess what we tried to do through Zee Theatre was to bring this art form to many more people than those who were frequent theatergoers. With the advent of cinema, a lot of theatres got converted into cinema halls (that’s why we still call it theatres and theatrical release) Cinema was something new and a much cheaper form of entertainment, so it found large audiences for itself. Hence the infrastructure for theatre became a lot less. Then came television and brought endless entertainment home as a result of which people stopped going out to seek it. Both this affected theatre patronage and theatre audiences started to decline. But the content that theatre had, the stories, the fearlessness, the artistry, and the passion remained intact. Just that people needed to see it, and if they were not willing to go out for it, then we needed to find a way of bringing it home and on their devices! So, it was just this simple thought that prompted Zee Theatre’s existence.

How has the response been of audiences (on the one hand) and theatre purists on the other?

I think a lot of people have had an exposure to the wonders and wonderful stories of theatre than I would have, had it been restricted to live performances only. So, I’m guessing people have something new to watch at their own pace and time and are liking it. The theatre masters (or purists as you call them) were skeptical at first. Many continue to be skeptical even today but a lot of them have come around to understanding that their brilliance needs to be seen by many more people and also archived for future generations.

Does a teleplay take away the essence of a staged play?

You have brought to life a large number of theatre classics. Was the process of acquiring these plays difficult?

Whenever you try doing something new, it’s a challenge, but then also the driving force. Yes, initially it was difficult to convince the playwrights, directors, actors for onscreen adaptations, but after we shot a couple and showed it to them, they were better convinced.

What’s the relevance of theatre in today’s OTT age?

Theatre is timeless. The OTT age makes it possible for it to be accessible by a large group of people both nationally and internationally. As more and more people choose to stay at home to watch content, it becomes even more important to take theatre to their homes for it to be sampled, archived for it to survive. A good trend we have seen over the last year is that as people’s exposure to theatre increases via the digital medium, their curiosity to see it live is also increasing. There have been more plays produced last year and more footfalls for live shows by people who were not regular theatergoers. Theatre is the only storytelling art form that can be experienced both live and on-screen, so I’m hopeful that one will serve to market the other and both would benefit.

What are the plans for the immediate future? Any new innovations being planned?

We are planning on venturing into regional plays. We have made a couple and the response has been good, so that’s one of our plans. We also are planning on dramatic readings of plays and stories as oral storytelling – is where all storytelling stemmed from. Also, Daastan Goi still thrives and survives among people who know about it. Time to take it to more people.

How will COVID-19 pandemic affect the space of OTT?

OTT will prove to be the boon that keeps people from going nuts in a lockdown situation. Although my understanding is that the kind of content people will want to watch post-COVID – 19 will be very different from what they watched pre. So, it will be a challenge for content creators to figure that out fast and think ahead.