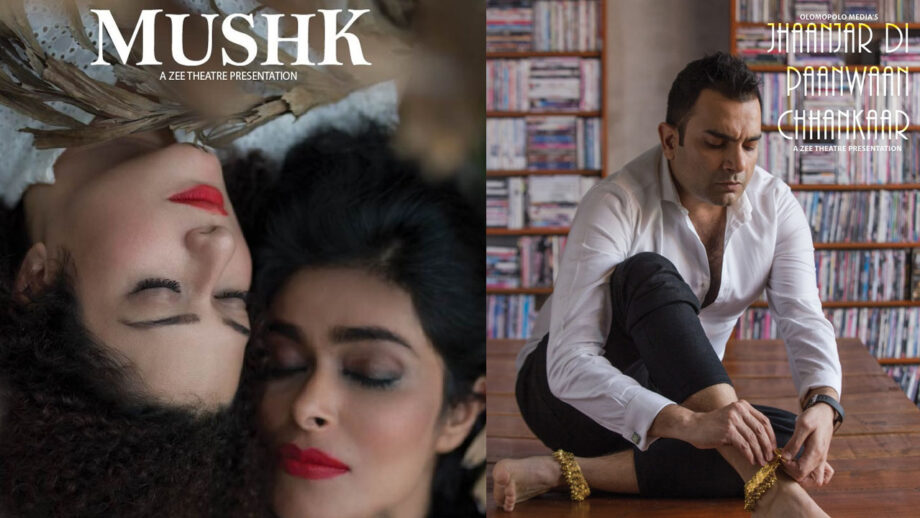 The ability of art forms to transcend boundaries has been evident for years. The stories that it tells have helped shape and define societies. Theatre is no exception to this. In its endeavor to bring relatable stories, Zee Theatre, a segment of Zee Entertainment Enterprises Ltd., has added two critically acclaimed plays from across the border, to their repository – Jhaanjhar Di Paanwan Chhankaar and Mushk. The plays are now available on Zee5 Global. With these new, relatable and poignant stories, Zee Theatre has made quality content accessible to dynamic audiences across the world.

Since 2015, Zee Theatre has offered more than 80 famous teleplays across genres and languages – from suspense and drama to musicals, social issues, classics and satire. On adding two international plays to their current repository of teleplays, Shailja Kejriwal, Chief Creative Officer – Special Projects, Zee Entertainment Enterprises Ltd. says: “Zee Theatre has meticulously worked to showcase the finest of theatre to its audiences, telling innately Indian stories and skilfully adapting international content. By going beyond borders with our teleplays, we realised the potential that comes with creating content for global audiences and working with international talent. Our goal of showcasing the best of theatre is now further magnified given its larger spectrum.”

Jhaanjhar Di Paanwan Chhankaar is based on a youthful, visually impaired man who chooses to live away from his over-protective mother. He forms a close friendship with his neighbour (an actor) who is set to essay an unusual role in a film. The play addresses how society responds to individuals with disabilities, be it physical or emotional, and regards them as pariahs. The play stars Sarmad Khoosat (also the co-director), Samiya Mumtaz, Zain Afzal, Iman Shahid and is directed by Kanwal Khoosat.

“It was an enriching experience to collaborate with Zee Theatre on this play because of the strong message it packs. Being involved in dual roles allowed me to explore the sensitive story and its characters. ” says Sarmad Khoosat. The actor, filmmaker and screenwriter is best known for directing TV shows such as Humsafar, Pani Jaisa Piyar, Baaghi, Manto and Shehr-e-Zaat.

Zee Theatre’s second offering Mushk , is directed by Kanwal Khoosat and stars two of the most versatile actors from across the border – Sania Saeed and Nimra Bucha. Mushk is the story of a reclusive genius writer and a journalist who visits her house to conduct an interview. Paring away each other’s lies and evasions, their interaction reveals an increasingly complex pattern in an apparently simple melody. Through the story, the characters realize the meaning of love and that things are not really as they seem.

“The allure of Mushk lies in its complex and delicately woven plot along with strong performances by Nimra and Sania. Their portrayal of Sophiya and Zoay’s individualistic feelings is honest and relatable. To see Mushk go beyond the boundaries of where it was first conceptualised is lovely. By collaborating with Zee Theatre, we are happy to showcase our creative vision to the rest of the world,” said Kanwal Khoosat.

Phone-a-Friend is about reflecting on the core values of friendship, love, hope: Akhlaque Khan