Sanil talks about his upcoming short film on mother and son love, titled My Mother’s Wedding

It is a refreshing change to watch a web product sans sex. Well, that is exactly what new kid on the block, Sanil Gosavi, is trying, with his upcoming short film on mother and son love, titled My Mother’s Wedding’, starring Delnaaz Irani.

Sanil says, “We start streaming on YouTube from the 28th of this month. We had originally planned for it to debut on Republic Day, but later shifted it by a couple of days, as we needed more time to arrange the planned big screening. We will invite media and celebs for the occasion.

So, how did this concept come about?

“Well, I had seen a short video based on a real-life incident, which became the backbone of my narrative. We have acknowledged it in the credits as well. My main idea was to send across the message that in today’s day and age, no one wants to move on. This happens especially in love, when your ego prevents you from going ahead and expressing your true feelings. I have addressed this dynamic in the mother-son equation”, shared Sanil.

“Delnaaz is a perfect fit for the character. She loved the script, and readily came on board. People have always seen her in light and loud characters. Hence, it was very interesting to portray her in a different light. Plus, given her inherent warm nature, I always felt that she would be great in the role of a mom,” added Sanil, who has made a few shorts before.

Coming to the medium, he says, “The biggest challenge is getting the budgeting and right casting in place. People are not ready to give as much as the format requires. I am lucky to have found a good, understanding producer.”

But YouTube revenues take time and also a large number of hits to monetize? “We have a few sponsors who have come on board. But yes, that will take care of only half the expense. For the other half, we will have to wait for the film to become viral. A dedicated PR and digital marketing team is taking care of paid Facebook ads and other digital publicity vehicles”, informs Sanil.

He further laments that major OTT platforms are not ready to give good bucks for original short content, compared to the money they spend on their own in-house series.“People need to understand that audience consumption patterns and preferences have changed. Last year, very few features made money, apart from larger-than-life stuff. Lack of good content has played an important role in fewer footfalls in cinemas.” 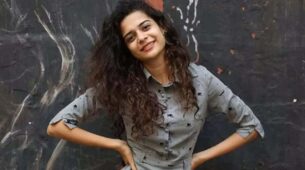 8 Mithila Palkar's Dresses That Will Instantly Boost Your Mood! Mithila Palkar Is Killing with Her Attitude in These Outfits 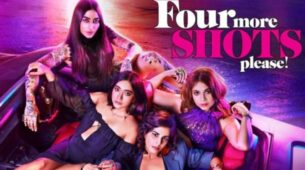 Four More Shots Please Season 1 Or 2: Which Is The Best Season? 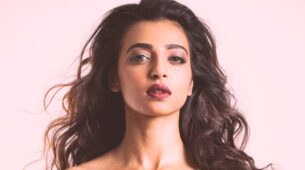