Aditi Arya has bagged all the limelight for her fabulous portrayals in the web-series, Tantra and Spotlight. IndianWikiMedia.con gets into a conversation with her. 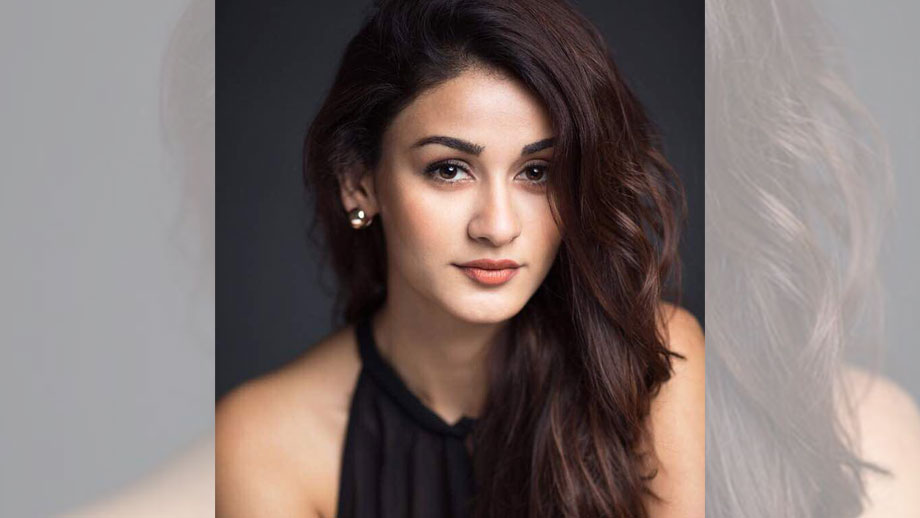 Aditi Arya has struck ‘Gold’ we can say, with her now-streaming web-series, Spotlight (Viu India) and Tantra (VB on the Web).

Though Aditi has worked for the big screen down South, this experience was the first for her with dialogues in Hindi in front of the camera.

Says Aditi, “It was a huge learning experience for me. From the first day at Spotlight to the last day at Tantra, there has been such huge growth in me. I have learned things that I would not have been exposed to even in a workshop. The best thing for me is that my two web-series have come out at the same time. I am getting to compare my performances in both of them. Few have liked my role in Tantra while few more have loved Jyotika in Spotlight. Overall, I am glad that people have appreciated my first job as much as my second.”

Ask her about the role among the two that gave her the creative satisfaction and she says, “Playing Jyotika in Spotlight was something similar to my personality. For me, getting into the skin of this character was not tough, but making Jyotika my own person was the challenge. On the other hand, Sunaina of Tantra was way different. Everyday I had to switch into the character and had to tell myself about the girl having to face lot of tough situations in life. The scene where she tells her brother that he might have to sacrifice his life literally had me in tears. I was feeling the pain of Sunaina, even though I don’t have a brother in real life. So these were experiences that I had to feel and enact. If you see, both the characters were hardened by different situations they faced in life. For me, playing Sunaina was more satisfying creatively, simple because I had to enact something that I had never experienced. However if you ask me, I like watching Jyotika more as she brings me into a lighter mood.”

For Aditi, the biggest takeaway from these two experiences is the fact that she has understood the importance of working out the logical flow in the script. “When we were shooting for Spotlight, our Director Sidhant Sachdev used to always remind me about the situation the girl is in. Lot of people might be good actors, but if you are not understaning the flow of the script, acting does not come across as real.”

Aditi would love to work in a Vikram Bhatt film after her experiences of working with the master craftsman in the two web-series. “Whenever Bhatt Sir works on his next big screen project, I hope he would think of me if I am apt for the character in his script. Having said this, I will love to be in his film.”

The young actress is open to more projects on the web-series, cinema as well as the regional content. However, she is not comfortable when it comes to the bolder version of roles on the web. “Luckily, the team in these two series understood my apprehensions when it comes to certain scenes on the uncensored platform. There is a line that I will like to draw, and will not want to cross that,” she categorically states.

Aditi who will now work on an unfinished South project for the big screen will love to explore various genres. “I will be interested in the slice of life roles. I want to try out comedy, as well as romcom. Basically, I will want to do anything that is light and happy, a show which will give me a calm feeling when I pack up.”

On her thoughts of doing TV, she states, “I will love to do TV. But for now, I am bound by my earlier commitments. Above all, I want to explore other areas of work. TV needs longer commitment and comes with stressful schedule. Having said this, I am not afraid of stressful schedules as we did quite a lot of back-breaking schedules during Tantra. But as of now, I will want to explore and enjoy. TV for me is a serious cause and it will take me two years to get into it. I will do so when I am mentally prepared.”

All the best, Aditi!!