Prajakta Koli began her YouTube life in 2015. She is popularly known as Mostly Sane. Her videos are mostly related to everyday circumstances and are very intriguing to watch. She has a total of 5.74 million strong fanbases supporting her and has worked for numerous social causes like #PledgeToBeMe, The UN and Goalkeepers Initiative, and more. Though she is not married, she is currently dating Vrishank Khanal.

Bhuvan Bam is another famous figure on Indian YouTube, known for his vines, and is a great singer. BB Ki Vines is popular, as well as the most talked-about channel. He is dating Arpita Bhattacharya. Being the first Indian YouTuber to have crossed 10 million subscribers, he had also won Filmfare Award for Best Short Film in 2019.

Ajey Nagar, also known for his YouTube name CarryMinati has 25 million fans on his first channel, CarryMinati, and 7.34 million on CarryIsLive. He has recently been in huge controversy relating to YouTuber vs TikTok, and the video became most liked on YouTube. He has won several awards and is more focused and dedicated to his work.

Ashish Chanchlani became a popular name after his video named How to annoy people who say Tu Mere Baap Ko Janta Nahi Hai went viral. Today he is the second most subscribed YouTube channel. He has a wildly successful digital career and has won a few awards. Currently, he is single and not ready to mingle! 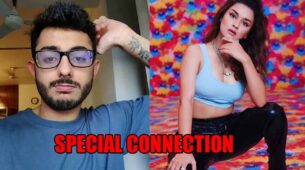