With his shy smile and boy next door image, we can see why Dhruv Sehgal is every bit of a perfect crush With the rising popularity of web series in India, came a new wave of actors who have managed to leave a mark on the audiences with their talent. One such actor who shone bright in the spotlight was Little Things actor Dhruv Sehgal. Although he was a part of the industry long before he burst into the web series space, his role as ‘Dhruv Vats’ in the romance drama got him the attention he deserved. We loved him as the sweet, responsible boyfriend who’d do anything to make his girlfriend smile.

We couldn’t help but crush on Dhruv ever since we saw him on Little Things!
The guy is a freaking talent house. He can act, write and direct. He may be an actor, but writing is what he loves to do best. Did you know Dhruv is the writer of Little Things too? He has written for short films as well as many digital sketches like Confusing Things Girlfriends Say and Annoying Things Boyfriends Do which have been highly acknowledged.

Speaking of talents, Dhruv is a big foodie. That’s right! It’s not just Dhruv from Little Things but also the real life Dhruv that loves to try out new food.
Now, Dhruv may not look like your quintessential handsome hunk but there’s just something about him that is irresistible. He’s smart, articulate and charming. Plus, his shy little smile can melt hearts instantly! 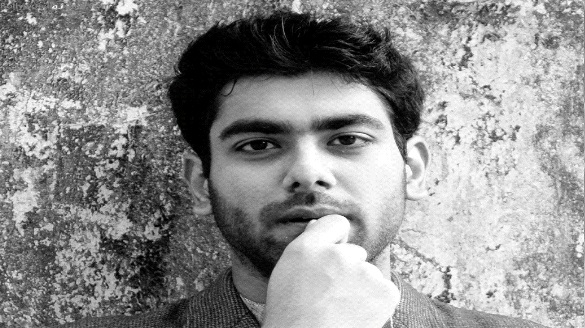 Watching him onscreen playing the perfect boyfriend to Kavya, we can’t help but wonder if Dhruv is the same in real life too. Dragging her to try new food, looking after her when she’s sick or simply extending small gestures towards her to make her day – now that’s something we’d like to know!
Such a wonderful guy! Are you crushing on him too?

Why we deserve another season of Little Things