Meherzan Mazda believes that the digital platform is the place where creative and talented minds should be. Meherzan Mazda has had a fabulous few months as an actor with his show Dhhai Kilo Prem getting admired and loved for its realistic presentation. However, Meherzan finds it hard to digest that a show with a huge calibre as Dhhai Kilo Prem did not get a longer run.

Says Meherzan, “Dhhai Kilo Prem was a great show. But I am sure something bigger and better is coming my way. However, even today, I keep receiving messages about why the show even closed down. Well, that’s actually going to be a mystery for me forever. I am saying this because whosoever I met, wherever I met, all talked so well about Dhhai Kilo Prem and appreciated it. Moving ahead, I will not do any show just for the sake of money. The work I do should excite me. I have been offered quite a few, but they have been the usual ones. I want to do something different.”

Having said this, Meherzan who had put on weight for his earlier show is presently on a weight losing spree. “Frankly speaking, I am working out to lose weight now. I knew that in order to give further look tests, I had to lose weight quickly. Hence I decided that I will not try for anything new till the point I shed the extra kilos and get trimmer.”

Meherzan looks at the digital platform as the biggest platform for artists and creative people. Not all know that Meherzan has been part of the digital medium for a long time now. Talking about it, he states, “Well, I am a passout from the film school and I have my own production company. In fact, Curly Haired Rascals, the company formed by me and my friends from school had made the first ever web show in India. I am sure many will not be aware of this. Our web series ‘By The Way’ came in the year 2011 – 12. We have been in the space for quite long. I have also been part of few web-series like Strugglers, Aisha and Tender Dates.”

He adds further, “Anybody can showcase their talent on the internet today, which has got such a huge reach. I have realized that so many upcoming TV and film stars have done so well for themselves on the web. It is a great medium altogether. The growth of people like Mallika Dua, Zakir Khan due to the social media is phenomenal. Honestly, web is the best place today to showcase talent.”

On working out more for the web as Producer, Meherzan says, “When we started with it long back, it was just an experiment. Now our company is fully into making commercials for YoutTube and TV commercials. Yes, there is a feeling that we want to come back to making web shows.  We want to write something really catchy. But with acting being in my blood, I am concentrating on my acting front now.”

Meherzan, we hope you come back with a bang soon!! 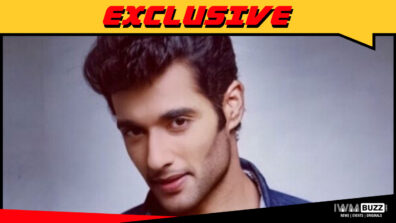