Review of Amazon Prime's The Remix- A scratch here, a hook there, and we’re bewitched!!!
Subscribe Now
Digital | Editorial

The Remix, the first digital music reality show, stands out like a meteor shower on a dark, moonless night 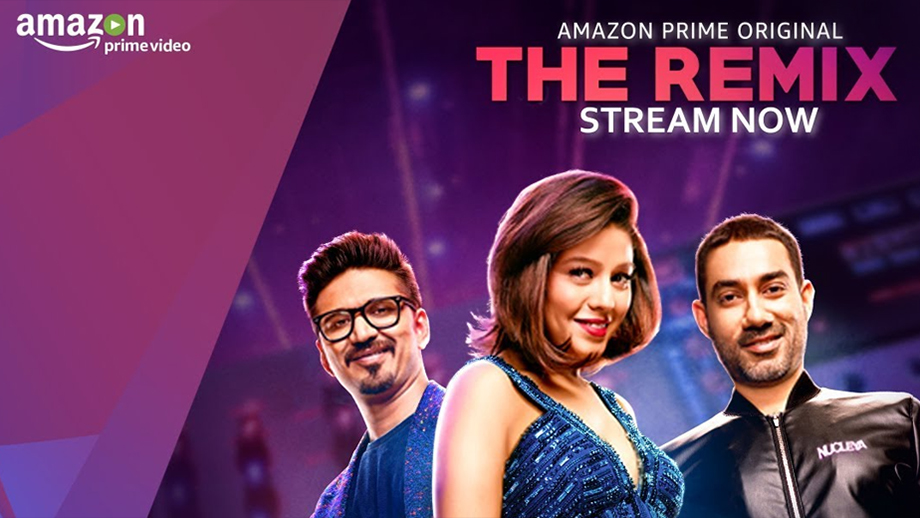 Music is a language that doesn’t speak in particular words. It speaks in emotions. So it is with The Remix, Amazon Prime’s latest chart-buster. And when it comes to Amazon, considering the bar already set, we’ve come to expect brilliance, each time these guys set out to entertain us.

And we, at IWMBuzz are happy to inform you, our readers, that Amazon doesn’t disappoint us this time too. They’ve definitely got a winner on their hands with this one!

After making a huge splash with their previous Originals, Inside Edge and Breathe, this is the another in the line of Amazon Originals that the entertainment moguls have avowed to produce specifically for Indian audiences. Mighty glad are we for it too!

The Remix is a music-based reality show, where the contestants fight to outdo each other in an absolutely unconventional department- remixing popular Bollywood numbers and presenting them before the judges and to an audience, hungry for innovation, originality and freshness.

The judges comprise the singer extraordinaire, Sunidhi Chauhan; composer par excellence, Amit Tridevi; and the King of the console, Nucleya. Magic is bound to happen when you have a panel of judges as eclectic as this one.  Host Karan Tacker also holds his own to make an impact.

What makes the show beyond brilliant is its format- the format is creative and imaginative, hogging centre-stage, keeping us glued to our seats and ensuring that there’s never a dip in the tempo of the show.

Ten teams, each comprising a singer and a remix artist, DJ if you may, rejig a popular number, add their own unique take to it and perform it before the judges and audience. Every week sees an elimination, hurtling the show headlong towards an exciting finale in the last, i.e. tenth episode.

So, that was about the nitty-gritties of the show. Now for the critique-

We have only good things to say for The Remix. The quality of production is outstanding- almost as good as international shows such as The Voice and X-Factor. The sets are dazzling, the vibes psychedelic, and the standard- world-class. The Remix abounds in music that is as uplifting as it is novel. Acknowledging our collective love for music and all things Bollywood, Amazon Prime has served up a delectable fare of Bollywood chartbusters doing a neat tango with the reshuffling skills of popular remix artists.

The DJs give such seductive spins to everyday songs that they take the show to a stratospheric level. No genre is out of bounds for this talented bunch of remix artists. From seductive Blues to stirring Jazz, from foot-tapping Bhangra to playful Lavni, from hallucinogenic EDM to soothing East Asian beats, they explore, create, conjure magic with the turntable. A scratch here, a hook there, and we’re bewitched!

Some rejigs are outstanding, to say the least. Matargashti, Zinda Hoon Main, Senorita, Darkhwast, Sasural Genda Phool, are some of the noteworthy ones that really sparkle. The singing, however, is not as up to the mark. The singers often hit a false note, thus leaving a lot to be desired by way of quality singing. But the rejigging saves the day for them.

The judges deserve credit for being the most unselfconscious ones ever. They prod and provoke the contestants to deliver their best, all the while showering inspiring words of appreciation on them. Their observations are sharp, their comments, on point.

Although musical reality shows are a dime a dozen on Indian TV, The Remix, the first digital music reality show, stands out like a meteor shower on a dark, moonless night. It is a musical reality show that sets out to break all benchmarks related to reality shows. The high-octane, foot-thumping, head-banging beats create a rousing crescendo of musical passion, culminating in a grand, almost orgasmic, climax of rhythmic ecstasy.

The show is a treat for lovers of fusion music. We, like all the other Remix addicts, are looking forward to a crackerjack of a finale. Until then, we’ll make do with engaging ourselves with the foot-tapping remixes.

IWMBuzz.com would rate it 4 out of 5 stars.