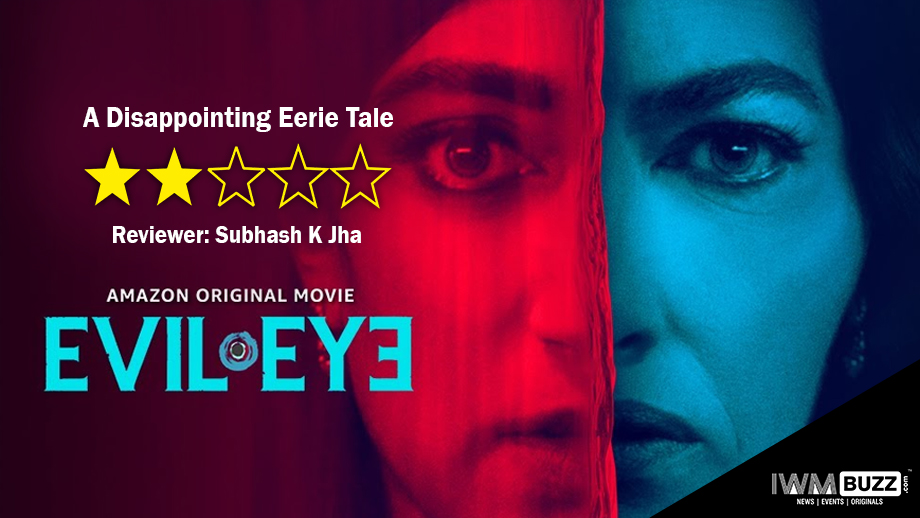 There is very little reason why we should sit through this blindly fallacious fear fare . Yes, there is one good performance. And it’s always a pleasure to watch Sarita Cahoudhary ever since she made her memorable debut opposite, ahem, Denzel Washington in Mira Nair’s Mississippi Masala. We don’t see her often enough. But if this is the kind of cinema we get to see her in then we might as well not see her.

The evil in Evil Eye is such a dispensable imposition that we are left looking at a plot that seems to have been written with the sole purpose of making super naturalism look cool. Regrettably, the eerie twist at the end is anything but convincing, let alone credible. The story works better as a mother-daughter drama with the mother in Delhi becoming progressively paranoid about her daughter’s marriage to a “suitable match” in the US.

Here again there is a problem of perception, as Sarita Chowdhary and her screen-daughter played by Sunita Mani look nothing like mother and daughter. This is in keeping with the equation evident in the other relationships: Ms Chowdhary and her screen-husband(Bernard White ) don’t look like a couple and Ms Mani and her boyfriend(Omar Maskati) are shown faking the bonhomie until it hurts.

The focus is on the emotional dynamics of the mother and daughter. The two actors struggle with their lines during the telephonic conversation like actors rehearsing for an online series on coping with Covid.

The offering is low on credibility and high on stock shocks from supernatural thrillers.The slasher-styled climax is so ridiculous and physically strenuous that I stopped feeling sorry for the audience and began to feel sorry for the two actresses who had to be subjected to this the embarrassing trick-and-tweak melodramatic monstrosity that’s ultimately neither dramatic nor scary,simply funny.

The dialogues suggest no connection with the way parents address their children’s lives. Why does Sarita Choudhary speak to her daughter as if she was getting her cues from a teleprinter? More importantly, why propound blind faith, and that too in a film where the actors display scarce confidence in in the purported scares?

Also Read:Review Of Rebecca: A Dazzling Showcase Of Literary Populism