Unmarried is a decent production, but in today’s times, ‘decent’ doesn’t go the last mile The Indian digital world is in the grip of its own #MeToo movement, a revolutionary storm of prodigious proportions. But it has nothing to do with the eponymous movement sweeping the world, save for our neck of the woods. It is the ‘if you can do it, I can do it better’ kind of #MeToo.

It is the mad rush to create web series that we’re talking about, peeps, and every entertainment company worth its Himalayan pink salt (plain salt is so last decade you know) is guilty of it. The digital space is tempting as hell, and content creators of every hue are all over it like monkeys on a cupcake.

It first started off with pure digital content creation start-ups. Then it moved on to TV production houses, which wanted a slice of the enticing pie too. And it’s now got newsy websites under its all-encompassing spell.

So, media start-ups, which were all about news, views and cues until now, have got down to creating web series with a vengeance. There’s Arre’, FilterCopy, Newslaundry, ScoopWhoop, Miss Malini and all having launched or in the process of launching web series. Not to be outdone, POPxo, the fashion-lifestyle website, has joined the party too, with its freshly minted web series, Unmarried.

So, as is our wont, and our raison d’être, here we go hammer and tongs at this latest entrant from fresh shores. Read on, to find out what’s class and what’s crass, in ‘Unmarried’!

Unmarried, as the name suggests, is about that unique league of youngsters that has transcended the bachelor status and been pigeon-holed into the category of the unmarried. What’s the difference, you ask. The difference, as the series enlightens us, is this- bachelors are youngsters, fresh out of their field of education, and looking to make their mark in their choice of careers. Unmarried are the ones whom life threatens to pass by, who face the clear and present danger of being left on the shelf, way past their sell-by date.

So we have three friends, Abby, Chirag and Kay, each beset by their own distinctive problems, with one common thread that binds them- the spectre of marriage. Abby (Jitendra Singh Rajput) is a UPSC struggler, preparing for his third shot at clearing the gruelling IAS Entrance exam. He’s engaged to a girl who is cheating on him and screwing her boss to get ahead in life. Chirag (Sanchay Goswami), addressed by his parents as ‘OChiraiya’, wants to get hitched in a love match but the girls he looks up on a dating app either find him uncle-like or don’t want to date a doodhwala (his family runs a dairy in Allahabad), or ditch him on the first date itself.

Kay (Aashita), aka Kalyani, isn’t looking to get hitched at all, coz her start-up, FlyFashion, is her one and only, the love of her life. But Kay’s parents want to get her married off as soon as possible, because, according to them, at 27 years, she’s already past the marriageable age. They’ve uploaded her profile on match-making websites and pester her constantly to check out the numerous eligible bachelors they’ve shortlisted for her.

But that’s the least of her worries. For Kay is racing against time to save her start-up. Her co-founder, Sahil (Sandeep Jain, who’s also the writer of the show), wants out. He’s leaving, coz he’s still…..you got it….unmarried. Apparently, girls and their families prefer boys with steady jobs. Running a start-up, in the prospective brides’ eyes, is just a pass time. He plans to take up a job and settle down into a life of marital bliss. His exit threatens the very existence of FlyFashion, and Kay can’t think beyond saving it from sinking. Gripped by the fear of losing it all, she proposes marriage to Sahil, but, realizing that it’s not the solution, retracts it soon enough.

That, in essence, is the premise of the entire show. In the later episodes, it ambles along languorously, winding down the familiar road, where the three friends find their holy grail- love. Abby finds love with his former college-mate, Ipshita (Teena Singh), while Chirag makes out with Parul (Jayshree Venkataraman), the girl who had ditched him on their supposed first date. He finally decides that she’s the ‘one’ he’s been looking for. Kay and Sahil- do they find love together? We’ll leave that for you to find out.

There’s hardly anything to extol the virtues of, in Unmarried. Produced in association with Lifestyle, and with Numero Uno and Woo as the brand partners, Unmarried is a predictable tale of the love-and-marriage-travails of today’s generation. The story is pedestrian, the setting, done-to-death Delhi. The only saving grace of the show is that it has its heart in the right place. There is a certain feel-good vibe about it that endears even the most jaded of viewers.

The actors are another plus. They are sincere, solemn, and full of honest-to-goodness earnestness. Sanchay Goswami is particularly delightful to watch. He hits just the right notes as the caricaturish small-town bumpkin, looking to get laid. He pulls off a weird, nasal twang, the kind that actors would use in the black-and-white flicks of the forties and fifties, with élan. Think K.L Sehgal, and you’ll know what we’re talking about.

Aashita is wonderful in the role of Kay. Her restrained, understated portrayal of Kay helps the character come across as a no-nonsense business-woman, with a sensible head on her shoulders. Teena Singh looks pretty as a picture, and Jayshree Venkataraman is superb as usual. Her Parul is a badass chick who knows what she wants, and gets it too. Jeetendra Singh Rajput is lovable in his role of an aspiring, but as-of-now, struggling IAS officer. Sandeep Jain brings a semblance of quietude to the proceedings, with his serene presence.

Unmarried is a decent production, but in today’s times, ‘decent’ doesn’t go the last mile. You need that elusive X-factor to leave your mark in the ultra-competitive digital landscape. Does Unmarried have that crucial factor? You watch and decide. And let us know too, in the comments below.

In the meantime, we rate Unmarried 3/5. 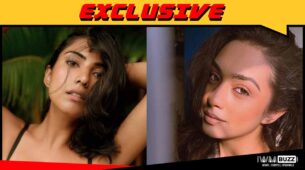 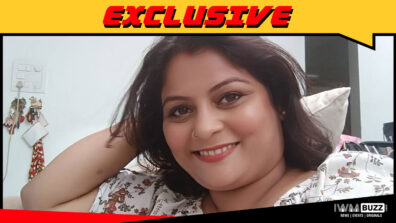