After the lesbian love story, the production house will now focus on the element of horror for its next series. Producer Falguni Shah, who provides premium digital content under her banner Dreamzz Images Studio, is on a roll. Her recent web series, I Love US, is an unequivocal success, drawing in a huge response and hoards of viewers. The distinctive story of I Love US– a tale of lesbian love, and a guy who falls for one of the girls– has made it as one of the most-watched shows on the web.

However, that is not what this piece is about. We’re in possession of some exclusive information, and as is our norm, we bring it here for you, our readers.

Now Dreamzz Images Studio’s next will be a web series of horror shorts, titled– ‘Scream’.

Falguni reveals in the talk with IndianWikiMedia.com, “Scream is a psychological thriller horror series. The series will have horror short films, keeping the look and feel very realistic for the audience. The films are directed by Deepak Pandey who has directed I Love Us and Shaurya for us.”

As revealed by Falguni, Scream will be a series of horror short films, and will start streaming on the YouTube channel, FootLooze, by the end of February.

We asked her to divulge some more titbits about her upcoming show, and she obliged. She says, “We have ideated, conceived and produced Fear Files when it was launched on Zee TV in 2012. After the success of Fear Files, we wanted to do something which is not commonly shown in horror in India.”

When asked how the show would be different from other past horror shows, she replies, “In the short films, the execution of the story is like docu-drama feel throughout the cinematic treatment. It will feature retro/experimental scripting, life-like characters, unexpected twists and turns, and will be high on emotional quotient.”

The first short is titled ‘Blue Eyes’ and will have Geetanjali Singh and Meera Joshi as part of the cast. The second short, Best Friends Forever will feature Pratibha Tiwari and Vishal Bharadwaj in the cast.

Are you ready for the streaming of the horror series, Scream? Do you want to have a glimpse of the teaser of Scream? Watch it here (https://youtu.be/XrKhX23tM2c) 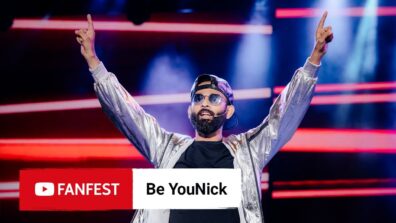 CarryMinati and his best Roasting Videos Ever