The two actors will be part of the upcoming Vikram Bhatt web-series, Zakhmi. Vikram Bhatt’s new web-offering Zakhmi seems to be the next biggie to enthral viewers after the twin-success of Twisted 2 and Maaya 2.

The revenge saga having Tia Bajpai, Ruslaan Mumtaz and Vipul Gupta in central roles will stream on 10 July on VB on the Web and Jio Cinema. The series is directed by Arbaaz Ali Moghul.

News coming to us is that the series will also star noted and talented actors Peeyush Suhaney and Snigdha Akolkar.

Yes, we hear that while Peeyush will play an out-and-out negative character that will be responsible for the ‘beaten’ and ‘raped’ state of the female protagonist, Snigdha will play a very important role, prominent in the storyline.

We buzzed Peeyush who confirmed his presence in the series.

We reached out to Snigdha who was recently seen in Siya Ke Ram and Karamphal Data Shani, but she remained unavailable. 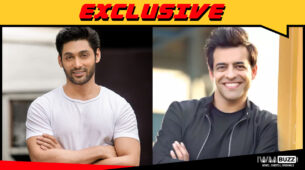