Raaj Singh Arora, Anandam of Karrle Tu Bhi Mohabbat will be seen in a casual look in Season 2. Actor Raaj Singh Arora is upbeat with the return of Anandam in the Season 2 of ALTBalaji’s web-series, Karrle Tu Bhi Mohabbat!!

Raaj as we know played the childhood friend of Sakshi Tanwar aka Dr. Tripurasundari Nagarjun. Raaj had made his entry in the last phase of Season One wherein his introduction  made Karan Khanna (Ram Kapoor) jealous.

As per a reliable source, “The shoot for Karrle Tu Bhi Mohabbat Season 2 is on. As we have seen earlier, Anandam has had a liking for Dr. Tripurasundari from childhood. Viewers will get to see a new angle in Season 2, with her showing lot of concern for Anandam.”

We buzzed Raaj Singh Arora but could not get through to him.

As for Raaj who was last seen in Mastaangii on Channel V, he will also be seen in the Bollywood flick ‘The Great Escape  – Khule Aasmaan Ki Oar’ which is scheduled for release in early 2018. 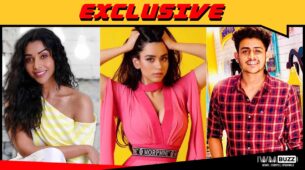