Creative turned actor Nishant Shandilya is ecstatic and happy with the response he has received for the web-series, Virgin Woman Diaries. 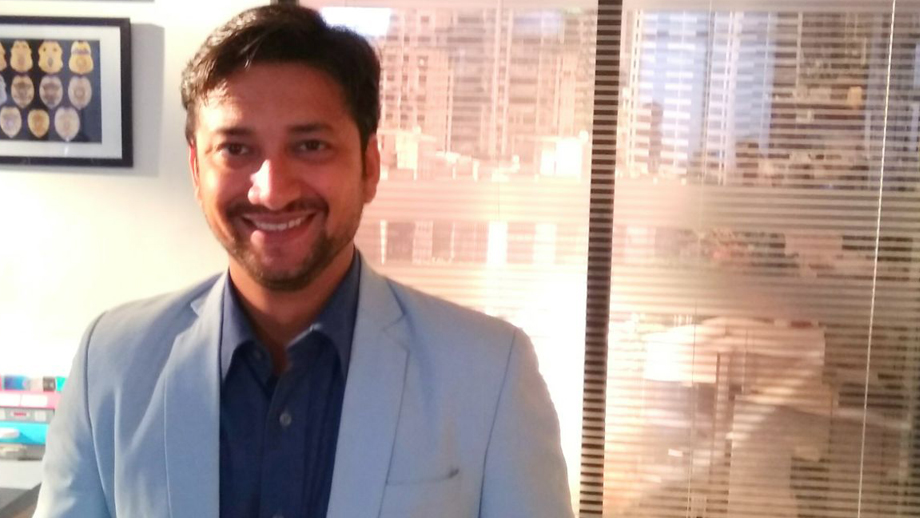 Nishant Shandilya, who has seen success as a writer to being a casting director for TV shows to creatively handling them, has got into the acting groove with great élan.

Yes, after being part of Frog Unlimited for some time now, he got on board the web-series as Associate Director, but was then elevated to the post of Episode Director. However, when the search for the actor to play Sameer began, the role fell into his lap.

Talking about this interesting back story, Nishant told IndianWikiMedia.com, “From the start, we were clear that this character Sameer had to be portrayed in a rather unusual way. He is a freakish, madcap guy who conducts his regular business in the wackiest way possible, and let me tell you, the search wasn’t easy. So, during the casting process our Production designer Devna came up with the idea of getting me to play it. Frankly I was flabbergasted because in my head I didn’t fit the description of the character. I was way too healthy for it and not the right age. Devna had to literally convey her vision to me and I give her full credit for she saw what I couldn’t. She gave me a make-over and then came the final test of getting it approved by Kabir Sir. It took us three auditions and a few brainstorming sessions to design this character’s body language and dialogue delivery pattern before he gave his nod.”

Talking about the concept of Virgin Woman Diaries, Nishant explained, “Essentially it is the story of a teenager ‘Kiara’ who is turning 18 and wants to have sex with her very loyal boyfriend and whom she loves with all her heart. The boyfriend ‘Amit’ is a geek in his own way but a nice guy so much so that most of the girls would want their boyfriends to be just like him. Enter the picture their friends ‘Sameer’ and ‘Shalini’ who have their own ideas about everything that’s happening in their friend’s life. When these 4 come together, it becomes a deadly combination. Sameer’s eccentricities give birth to situations that only keep making it more & more hilarious and soon it’s a laughing riot.”

On working with Kabir, the creative turned actor stated, “Frankly, it’s been some years since I have been working with Kabir Sir and he is the biggest source of inspiration one can ever find. And I am not saying this to please him. I mean, anyone can see the fact for himself – you know the funny thing about him is that he works round the clock and never gets tired. For all these years and I am still trying to figure out where does he get all this plethora of energy from. He is an amazing director who has a knack for choosing topics that are vastly diverse from each other in their very nature, then he creates extremely engaging screenplay out of it and then pulls it off with such ease that his technical superiority often gets overlooked. And on top of that – He is a superb actor and this is an established fact.”

For Nishant, ‘ecstasy’ is a state when words don’t come out easily, and that’s exactly what he is feeling right now. He’s been applauded by one and all for the role of Sameer, and the best appreciation has come from the maker himself, Kabir Sadanand. “What’s happening is surreal, I hadn’t imagined this, I hadn’t expected this. It’s hard to receive praise from as hard a taskmaster as Kabir sir is, I am on cloud 9. Am humbled and feeling blessed. Though I very strongly feel it wouldn’t have worked had I not had the support of other cast members. Archita Agarwal as Kiara is so bang on that you feel her vulnerability when things don’t go as per plan. You fall in love with her. I have known Dhiraj Totlani for a couple of years now and he is a bundle of pure talent. I am telling with a lot of responsibility it would have been hard for you to imagine someone else as Amit after seeing his portrayal. And yeah – you wouldn’t laugh as much as you would, had it not been for Mridanjli Rawal who is playing Shalini. Amit Behl and Delnaaz Irani are two seniors who I was literally in awe of when I started acting with them. They are simply terrific and so is Sanyogeeta Bhave. So for me it’s this amalgamation of cast that worked in favour of the series. And I have to say – It wasn’t possible without some amazingly talented individuals. Had Manu Chobe not written it the way he has, had Devna Misra Vickerman not done some wonders with her sense of production designing and styling, had Vanita Jain not shown us guiding light at every step, and had we not had the director as particular as Kabir Sadanand is, this wouldn’t come out as good as it has. But thankfully, and am so glad for this – we had all these super talented people working for this series. The series has opened up to a great response, and we are having our fingers crossed.”

All the best for your future, Nishant!!