Avneet Kaur and Janhvi Kapoor two massive stars, go head to head in this amazing face-off. It's up to you to decide though. Avneet Kaur, on the other hand, has also had a resurgence in this arena. She has been incredibly intelligent with her amazing personality and her great array of clothes that she can pull off. Avneet Kaur has been monumental at her job as a leading woman and that is also because of her incredibly fashionable and incredible physique and persona. Avneet Kaur is very “chic” and “in” right now. She is one of the pioneers of the fashion movement in the country. But, can she successfully take on, Janhvi Kapoor and win? We’ll just have to wait and see.

And talking about the next actress is the very glamorous and beautiful Janhvi Kapoor. She is an Indian actress, well known as the daughter of the legendary actress, Sridevi, and film producer, Boney Kapoor. She made her Bollywood debut opposite Ishaan Khattar in ‘Dhadak’, which was the Hindi remake of Marathi super hit film, ‘Sairat’. But, it is not only this very impressive portfolio that has made her so extremely impressive. She also has a very good sense of fashion. She can make literally any style of clothing work for her. Her fashionableness is no secret as her features have always been very distinct and impressive.

Well, the choice is yours. We have provided you with all the information you will need. 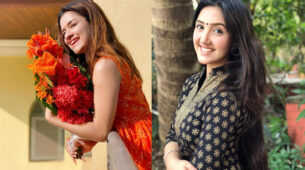