Visiting in-laws give the jitters to many. If the woman finds it stressful to cope with the rules and regulations, the man usually feels a bit overwhelmed with the more than required attention. 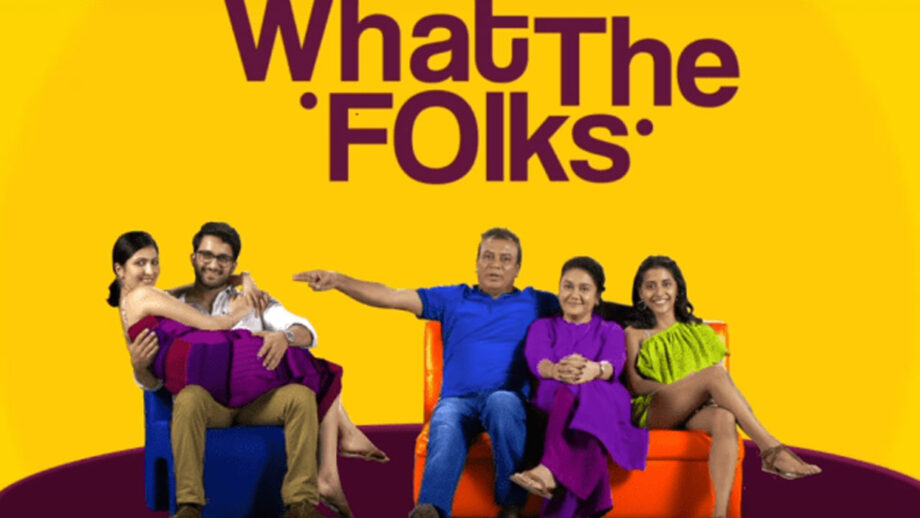 What the Folks brings the family ‘dramedy’ genre to Indian digital audiences. What The Folks Season showcases a bittersweet yet warm journey of a family dealing with the challenges thrown at them.

WTF is a journey of how modern families are breaking stereotypes, overcoming generation gaps, and growing to love one another, in spite of often having starkly different world views. Directed by two-time National Award winner, Ruchir Arun, the show has been written by Anand Bhardwaj and Ayesha Nair.

The Dice Media series, What the Folks in its first season saw Nikhil dealing with uncomfortable, yet realistic situations created for him during his stay at his in-law’s place!! The series also saw his wife Anita balance mightily well between her parents and husband, in her bid to stand for the right!!

The story of What the Folks Season 2 takes us into a brand new scenario, wherein roles are reversed and Nikhil and Anita play hosts to the former’s parents who come to stay with them in their newly acquired flat. What the Folks! Season 2’s finale is a short, emotional summation to the entire series and gives a fresh perspective to the otherwise stereotypical family dramas and solutions.

The last episode of season 2 beautifully captures the emotions of a family in today’s dynamics and stresses on issues within a family to be dealt with sincerity and belief in each other, and not under the influence of society and societal perceptions.

All the episodes of this show are beautifully made and are very relatable. Some parts of the show teach us a lesson, while the others are hilarious and are fun to watch. In short, all the moments are well done and a must-watch.

What The Folks is loved for its realistic storytelling