The Netflix original series typewriter had us all excited with its trailer. This horror drama is directed by Sujoy Ghosh is about a haunted house and a typewriter that predicts deaths or events on its own. This series revolves in the city of goa where a family used to live and dies mysteriously one by one. As seen in the trailer there are deaths taking place in the city but there is something common among them. The story starts with a flashback of a kid and a grandfather tucking her in bed. But after their mysterious death, the house is said to be haunted by the locals. A bunch of 3 kids is curious to unveil the mystery behind the house. They start investigation in their way but it is interrupted when a woman rents the house. She shifts there with her husband and daughter and also observes some strange activities. Later a few murders take place in the city which is indirectly related to the house. The cop who is played by Purab Kohli starts his investigation and it is suspected that the new women in the house are responsible for all the murders.

And it all starts with a typewriter. To know more binge the series on Netflix as all the episodes are streaming now. The cast members also include Palomi Ghosh, Sameer Kochhar, Aarna Sharma, Bijou Thaangjam, Mikhail Gandhi, Palash Kamble, Aaryansh Malviya, Jisshu Sengupta. This is overall going to be a thrilling experience for horror lovers. It has got some good reviews and might be included in the list of best horror series. Purab Kohli as a cop is perfect as he has that charming and powerful personality. He has also received some good appreciation for his role. When asked he told the media it was a very fun and new experience for him and is also looking forward to something like this in the future. 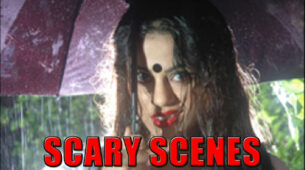