Benedict Cumberbatch and Sophie Hunter and their love story is revealed here. The love story of actors Benedict Cumberbatch and Sophie Hunter is believed to have started on the set of the 2009 film Burlesyque Fairytales where they were co-actors. Sophie was earlier dating Conrad Shawcross. But after they split, it was Benedict in her life. For Benedict, he parted ways with Olivia Poulet and fell in love with Sophie Hunter.

Theirs is a cute love story and the rumours started flying when they made their appearance together at the French Open. Later at the wedding of James Rhodes, Benedict took Sophie along in public glare. The two of them never did open up before media and kept their relationship strong otherwise. They married after getting their parents’ consent. Their engagement was nothing short of a fairytale.

The two of them have two sons – Christopher Carlton and Hal Auden.

Here are some cute pictures of the two of them. 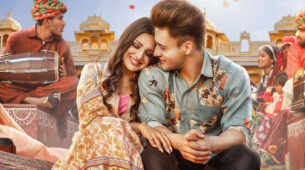