Everytime he asked me how ‘Lataji’ is, I would always think he meant the legendary singer. But it was my daughter Lata he would inquire about.That’s one of Kamal Haasan’s genteel traits. He refers to everyone with a respectful ‘ji’ even his own daughters are ‘Shrutiji’ and ‘Aksharaji’ to him. And his very lovely wife was always Sarikaji .

Sarikaji never liked me much.And I don’t blame her at all. During the time when their marriage came to a messy end, I held Kamalji’s hand, saw him through bouts of anger, rage and alcoholism . I stood by him because that was the need of the hour.Sarikaji was understandably piqued by my favouritism, so much so that one day she very clearly told me over the phone, ‘We can never be friends.So let’s not talk to one another.’

I respected that. In life , one has to have one’s priorities sorted, even if it means hurting some at the cost of others. I believed everything Kamalji told me about his marriage. Those confidential conversations will go to the pyre with me.

I can write a book about Kamal Haasan , the man the friend the actor …No, make that three books. We once were very close.So close that he shared every detail of his life with me. I knew the women Kamalji was seeing and I also know about the men in the life of the women Kamalji was seeing. I don’t know makes sense. But what I am trying to say is our bond ran deep. We shared much more than a star-journalist relationship. It won’t be an exaggeration to say we were family.

Some of the most fun-times we had was when Kamalji was shooting with my raakhee-sister Raveena Tandon for Abhay. The first premiere that I ever attended was Abhay in Mumbai. Kamalji landed in Mumbai with his pretty little daughter Shruti.I picked them up from the Taj Lands End on my friend Hansal Mehta’s car. At the premiere, I slipped away to join Hansal and writer-director Suparn Verma as the shutterbugs monopolized the star of Abhay. Just before the film started Kamalji’s assistant came and whispered to me, ‘Kamal Sir has asked that you join him and Raveena M’aam. The show will only start when you join them.’

In 2003 when my best friend needed medical attention for his eyes, we flew down to Chennai. Kamalji not only made all the arrangements at the best eye hospital in Chennai, he also insisted on accompanying us to the hospital(where the nurses and staff nearly fainted on seeing him). He also insisted that we stay at his beautiful home on Eldams Road. But I firmly declined the generous offer.

This is the only favour that I’ve ever taken from an actor. But then, Kamalji was not an actor to me. Don’t even let me start on that!

Our telephonic conversations were marathons. I know of no other actor as erudite and articulate as Kamalji. He talked for a minimum of an hour on every topic under the sun from Mahatma Gandhi to Rajesh Khanna , much longer if it was one of his favourites Sivaji Ganesan, K Balachander, Dilip Kumar, Nathuram Godse or Alfred Hitchock.He spoke freely and fearlessly to me, and I can say with authority and pride that no one knows Kamal Haasan, the man , better than I do.

We don’t speak any more. The end came suddenly. There was no provocation for his unannounced withdrawal from our friendship. It just happened in a flash, as though he had woken up one morning and decided he didn’t want me as a friend. I had seen how he had looked after his partner Gautami when she was seriously ill.I had seen his bonding with Gautamiji’s daughter Subbalaxmi. I never knew they would not be a part of his life one day.

I never expected my friendship with Kamalji would end. He will always remain a very special part of my life that no on can take away. Not even Kamal Haasan. 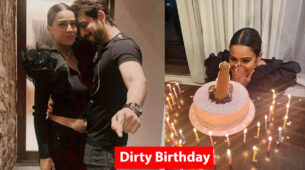