Here are some street fashion looks of Robert Pattinson in his ripped pieces of denim. Check them out! Robert Pattinson, the English Hollywood actor, is one of the top actors of Hollywood. He is best remembered for his character in the ‘Harry Potter and the Goblet of Fire’ (2015) as Cedric Diggory, and in the ‘Twilight’ movie series, as Edward Cullen. Robert Pattinson has nailed it with his on-screen performances and has also got a huge fan following. He is appreciated by many of his enthusiasts, not only because of his acting but also for his amazing fashion style. Robert Pattinson has been spotted influencing the men’s fashion with his incredible style.

Here we have got some pictures of Robert Pattinson in his street fashion style, wearing ripped denim. The actor looks fabulous in them and can make your jaw drop as well. Have a look at them! 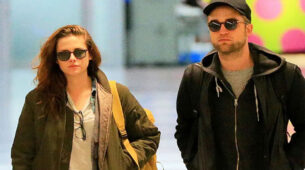