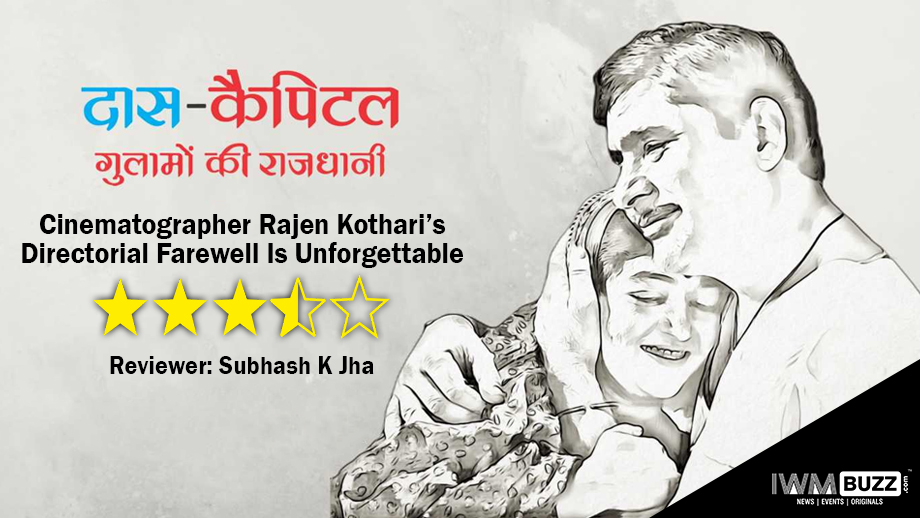 We lost one of Indian cinema’s best cinematographers Rajen Kothari 12 years ago. Not too many fans of Kothari’s work know he also directed two films , one of the being Purush featuring Ashwini Bhave as a rape victim forces her powerful rapist Om Puri to his knees.

No such comfort of justice is offered to the audience in Rajen Kothri’s second directorial venture . Das Kapital Ghulamon Ki Rajdhani based on the stories of the well-known Hindi writer Shaiwal, takes us directly into a government office in a remote town of Bihar where corruption is not only a way of life but also the only means of survival.

Without glorifying bribery ,commissions and other under-the-table practises this credible drama of human degeneration plunges us into cesspool of wretched lives, some of whom like the sexually exploited wife(Ayesha Raza) are recognizable figures from the writer Shaiwal’s fictional themes . Barring the hero Purushottam Ram ,an underprivileged man with mounting financial liabilities, every government staffer is shown to have accepted grafts and bribe as a way of life.

This is a godforsaken , wretched town where eking out a living is an ongoing struggle for the poor, staying uncorrupted is an impossibility and falling sick is a luxury that the characters can ill-afford. Shot on location in Bihar, interestingly not by Rajen Kothari himself but by Chandan Goswami, Das Kapital is a stark and unadorned look at irredeemable characters trapped in a societal lockdown.

Though this film is set in the 1980s(the period is sturdily recreated without resorting to stereotypical props like songs of the era, etc) the decadence and corruption haven’t changed one bit. Standing steadily at the centre of the muck is our hero Puroshottam Ram, trying hard to do his work sincerely in an environment of unmitigated compromises.

There is a touching love story secreted in the slush between Puroshottam and his wife Shuchi(Pratibha Sharma), a timbre of tenderness in the hardcore slush …

Watching Yashpal Sharma play the loving care husband and father and a duty-bound cashier in an office of corruption ,is a reminder of how little of Sharma’s talent has been tapped by our cinema. He is a revelation, and an indication of the talent at the fringes of the star-obsessed film industry. There are other remarkable performances too particularly Jameel Khan as a sleazy corrupt BDO , Ravi Jhankal as the empowered debauch who redeems himself at the end, and K K Raina as a political middleman.

Watch out for Seema Pahwa as a Madame in a brothel that has seen better days, and the late Asif Basra as a municipal assistant. The film is teeming with characters and after a while it becomes hard to tell who is who. It’s the stench of corruption that drives all the characters. The are no glimmers of hope in this heaving lurching hemisphere of darkness.

In his directorial send-off Rajen Kothari and his co-director Dayal Nihalani remind us that life at the lowest level is a crime. The poor are punished throughout their lives for being poor.This film doesn’t offer them any false promises of a release or redemption.

Also Read:Review Of SonyLIV’s A Simple Murder: Is Engaging In Parts 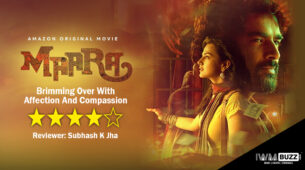