Ayushmann Khurrana has excelled with few leading ladies, err man and here is a list of his best five leads. As Bollywood’s most adventurous leading man leads us into his next adventure this week, it’s time to look at Ayushmann’s best co-stars. Whom did he gel with the best? Oh, the worst is easy. Sonam Kapoor in Bewakoofiyan where Ayushmann had better chemistry with Rishi Kapoor who played Sonam’s father. But seriously, who are Ayushmann’s best costars?

1. Bhumi Pednekar: In Dum Lagake Haisha she played his overweight wife whom he spends most of the time being embarrassed about. The classic dilemma of an arranged marriage here brought to flickering life by the actors who lived the roles of man and wife. At the end of this fabulous film about coming to terms with life, marriage and weight problems, Ayushmann had to run across the screen with Bhumi on his shoulders. He has never stopped bearing the burden of a socio-culturally responsible actor. By the time Ayushmann did Bala with Bhumi she had lost all the avoir dupois but the chemistry remained cracklingly real.

2. Yami Gautam: Ayushmann’s first co-star in Vicky Donor and also his most recent partner in arms in Bala, Yami has come alive as an actor only once after her debut alongside Ayushmann. And that was in last year’s Bala where she gave the performance of her lifetime. Nothing she will do ever again compares. Moral of the story: it’s all about the company you keep. Would Rajesh Khanna have been Rajesh Khanna if he didn’t have Sharmila Tagore and Mumtaz for company on screen?

3. Tabu: Though Ayushmann’s romantic ‘other’ in this ode to the virtues of blind faith was Radhika Apte, it was Tabu with whom Ayushmann’s chemistry was uniquely pinned to the gender board. Till the end we didn’t know if he was blind or not. Likewise we never really know whether she is a scheming witch or a screaming b.tch.What’s that they say about hell having no fury like a woman scorned? Ayushmann and Tabu blew the screen apart with their furiously combative energy. I’d love to see them as man and wife in a desi rendering of Who’s Afraid Of Virginia Woolf.

4. Kriti Sanon: Though the ‘barfi’ of the title was divided between Ayushmann and Rajkummar Rao, the scales clearly tilted in favour of Ayushmann playing his only wicked and mean character so far, wooed Kriti Sanon with a passion that I haven’t seen him muster with any other co-star so far. About time Ayushmann and Kriti came together again, this time without a Rao in the middle.

5. Jitendra Kumar: And now it’s time for some same-sex chemistry. Ayushman definitely looks more comfortable with Jitendra than he did with Sonam Kapoor in Bewakoofiyan or with Pallavi Sharda in Hawaizada. In fact the gender thing is just not relevant here, as Ayushmann plays Timothee Chalamet to Jitendra’s Armie Hammer. As Ayushmann gets ready to break the glass ceiling again, I wonder.Will Shubh Mangal Zyada Savdhaan finally normalize gay relationships in Bollywood? 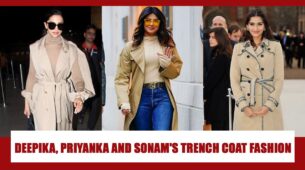 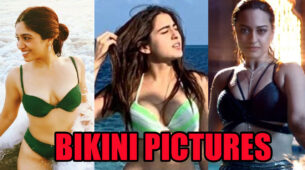