Farhan Akhtar slams a troll who asks him to support Muslims protesting CAA. Read the story to find more. Farhan Akhtar is one such man who is known not to mince with his words. The man is known to take a stand and raise his voice and concern even during the most hostile political situations and that is something that makes him a people’s man because he is known not to shy away behind the tag of being a ‘celebrity’.

However, sometimes certain trolls try their best to test the patience of such celebrities and one such incident happened with Farhan as well when a troll asked him to support Muslims protesting the CAA that has become an issue for the entire country as the country is literally burning amidst violence and protests. Farhan, however, gave it back like a boss and his response has surely earned him massive respect and new fans. Take a look –

Going to request David Dhawan to cast you in ‘Bigot no 1.’ .. you are perfect for the part. https://t.co/mJY06imbA4 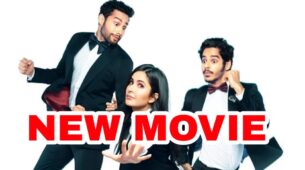