Binodini Dasi, as we all know has been one of the leading theatre artistes and the first woman superstar of Bengali theatre. An inspirational figure in the true sense of the term, she started acting and performing at the age of j12 and finished her professional career when she was 23. In the year 1994, Prosenjit Chatterjee and Debashree Roy acted in the Bengali film Noti Binodini and it was received well. 25 years down the line, we got to find out that director Pradeep Sarkar will be making Nati Bindani in Hindi language. We at IWMBuzz.com did an exclusive story where we mentioned about Deepika Padukone being approached to play the lead in the same.

Now, in a new development, there came an announcement from respected filmmaker Ram Kamal Mukherjee that he too is set to film a Bengali feature film on Noti Bindoini titled ‘Binodini Dasi’. This ends up resulting in two films being made on the same subject in two different languages and thus, as expected, will see a clash with each other on celluloid. When IWMBuzz got exclusively in touch with Ram Kamal and Pradeep Sarkar on both doing the same subject and the clash, this is what they both had to say – 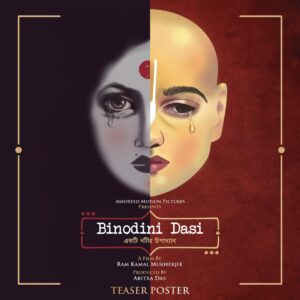 “Bindoni Dasi is one of my dream projects and I have been working on the same for the last 1.5 years. I personally feel the entire justice to the subject can be given when I make the film in Bengali as various things like Kirtan, thumur and the jatra songs, you can’t recreate in any other language. I have always been very fond of Pradeep da and Boudi (Pradeep’s wife). I don’t know who’s playing Noti Binodini in Pradeep da’s film but I wish him all the best. Even Devdas was made in several languages, so was Arabian Nights, Rani Lakshmi Bai and many more. I feel different directors can make similar subjects with different narratives. I am sure Pradeep da will make a lovely film and people will like my film too. “ – Ram Kamal

“Well, I am at the scripting stage right now and I can’t say much now. But then irrespective of the language, I feel any film can be made in any language as it depends on the narrative and how the story is being told. It doesn’t matter whether the subject is similar or not. It depends on the narrative. “ –Pradeep Sarkar
Well, the sudden craze around Noti Binodini is certainly fascinating. It will be interesting to see how the same story is being told in different languages and how the ‘narrative’ is different from each other. For more such exclusive updates, stay tuned to IWMBuzz.com.