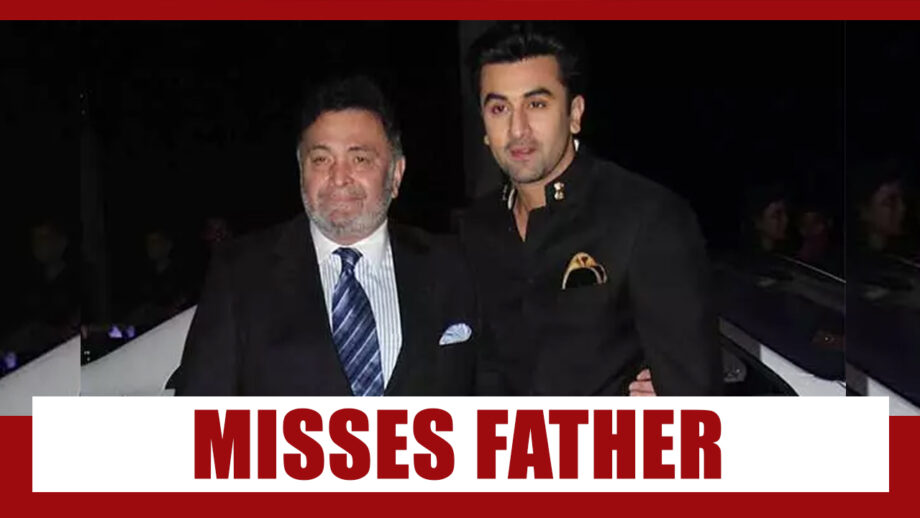 The going of Rishi Kapoor has left a big vacuum in everyone’s life. None more so than Ranbir Kapoor who had just started getting close to his father after a lifetime of aloofness.

A close friend reveals how devastated the loss has left Ranbir. “He doesn’t talk about it, not even to his closest friends. I doubt he discusses it even with Alia, or for that matter is Mom. It’s a loss that he has to deal with all on his own.”

Both the late Rishi Kapoor and his son Ranbir admitted separately to this writer that there are differences and distances between them. It was only when Rishi fell seriously ill in 2017 that Ranbir began to make an effort to reach out to his father, and vice versa.

According to sources close to the family, Ranbir tried to spend as much time as possible with his father.

“He flew to NY to be by his father’s side at any and every given opportunity. He really made an effort to bridge the gap between father and son, and so did Chintuji,” says a close family friend, partially attributing the proximity between the two to the ‘Alia influence’.

“Alia definitely helped bridge the gap between Rishi and Ranbir. But the actual effort to come close came from the two of them. And they did grow emotionally dependent on one another, much to Neetuji’s delight,” says the friend.

And now with the patriarch’s sudden exit from the picture, Ranbir is left to deal with the loss in the only way he knows how to. By clamming up.

Also Read:Revealed: The reason why Ranbir Kapoor is not staying with mother Neetu Kapoor after Rishi Kapoor’s death