Mandira Bedi is a wife, host, mother, model, Indian actress, television presenter, and fashion designer, yet she has never taken a back foot on her fitness. She gained her celebrity status for breaking the ground for her unconventional TV show, Shanti, which starred on Doordarshan and was the first daily soap on Indian Television.

From playing the side role Preeti in the famous Dilwale Dulhaniya Le Jayenge to being the host of cricket matches she has come a long way.

For the last few years, Mandira has been on top form of fitness. She is giving major fitness goals. The 47-year actress who is also a fashion designer believes that “Train like a beast and looks like a beauty!”. She has trained weight lifting and fitness and isn’t shy to show how much good shape she is in.

That incredible change in her body is tremendous as not all of her age can do that Right?

The all-time smiling face Mandira Bedi is also a foodie and enjoys eating with her family and friends.

Bedi not only exercises regularly but also follows strict diet plan. Well, in short, she is a girl who can do both ways, Indian and western.

Girls you should definitely make Mandira Bedi a role model!! 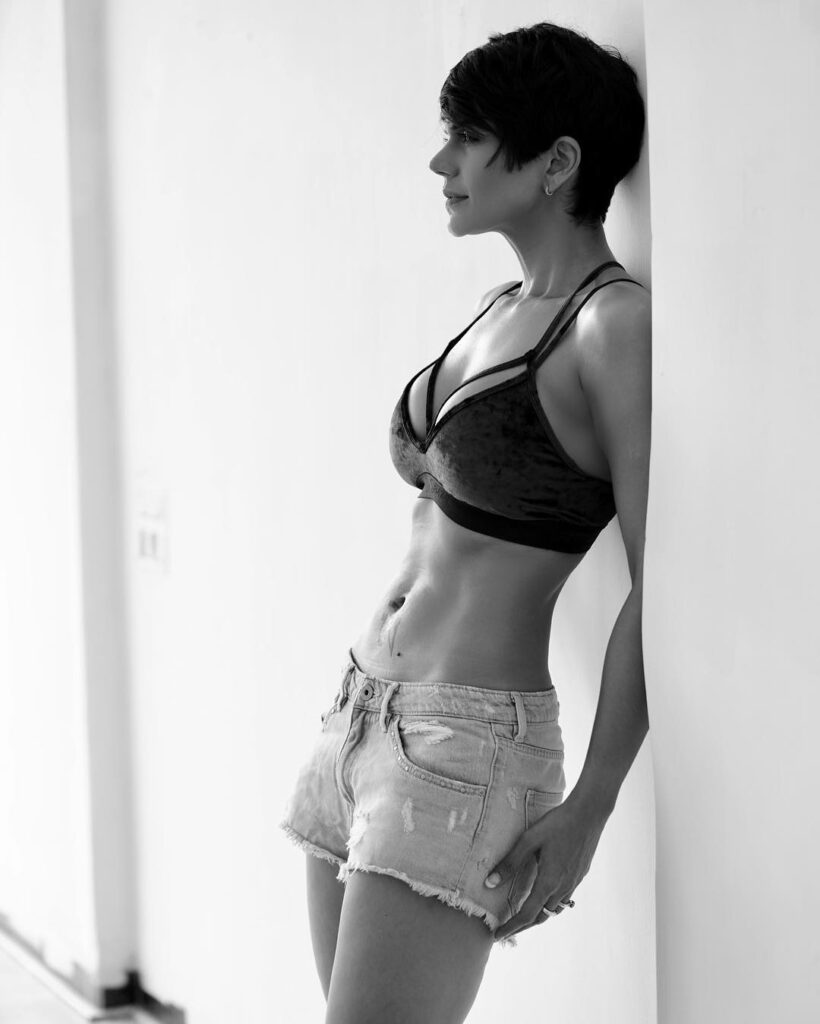 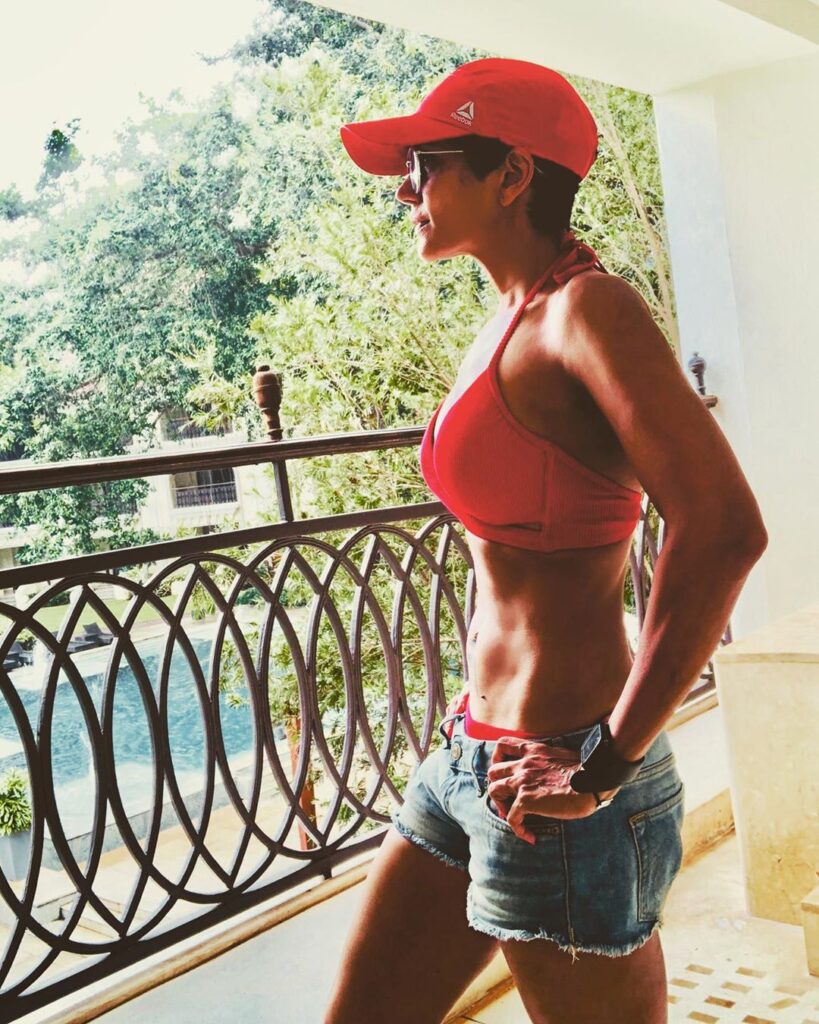 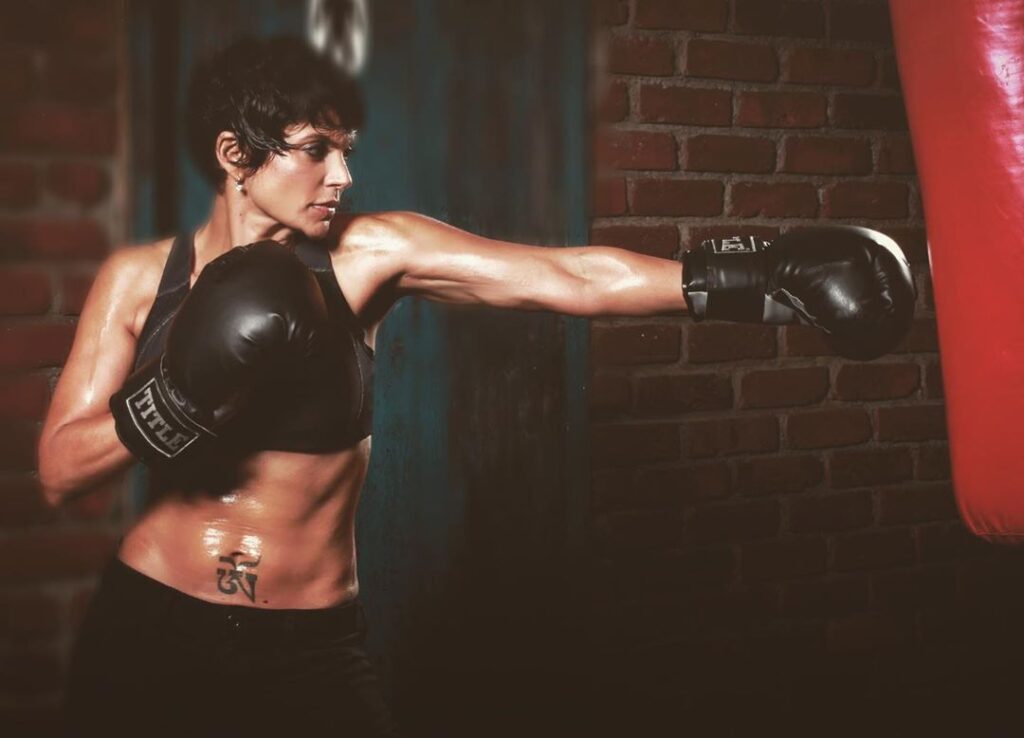 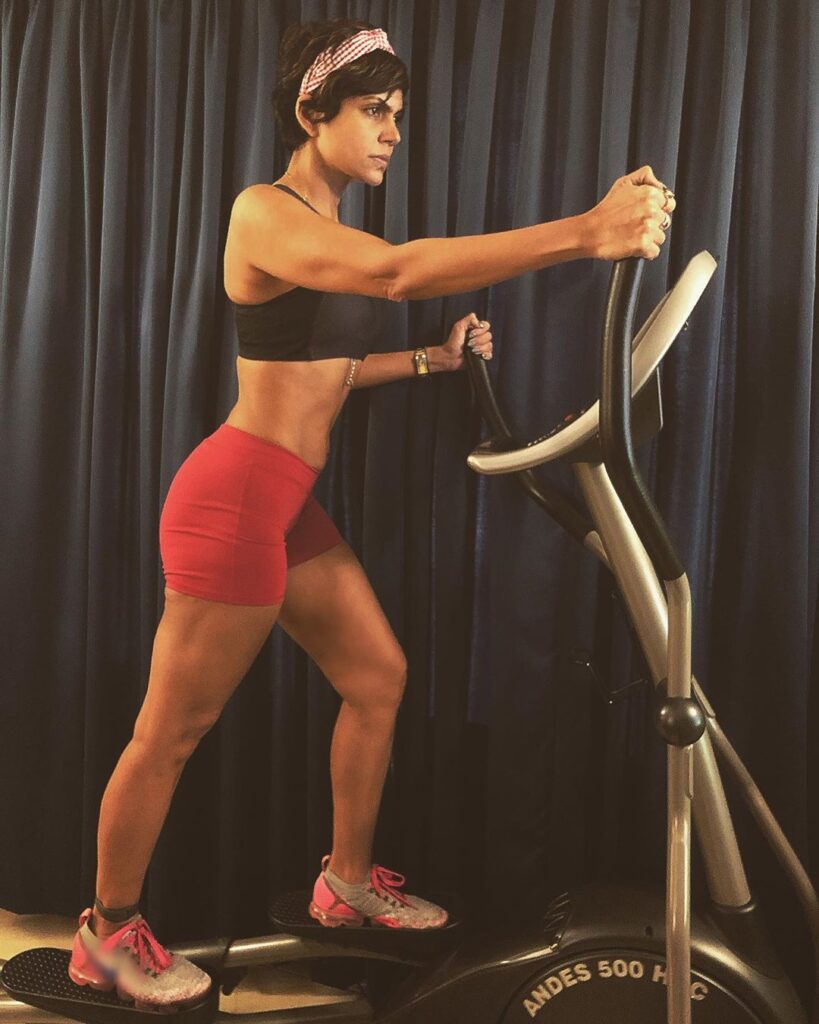