IWMBuzz reveals how coronavirus has affected these Bollywood stars. Read the story for more details The coronavirus fever and fear has gripped the entire world. What started initially in just China has now spread to the rest of the world and the scariest part for us Indians is that the virus has reached India as well.

Till now, more than 30 cases have tested positive in India and people are under supervision. But did you know that the coronavirus has reached Bollywood as well and Karan Johar, Kartik Aaryan, Kiara Advani and Akshay Kumar are some of the biggest names to have taken a backseat because of the same?

Well, kudos to the management teams for being proactive when it comes to the safety and security of the cast and the crew. Here’s hoping a permanent solution to this developing problem is found and things are taken care of with perfection. For more updates, stay tuned to IWMBuzz.com. 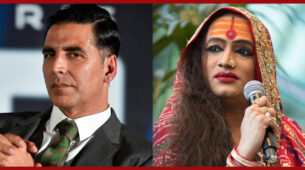