Check out who between Joke and Pennywise has got the weirdest smile! 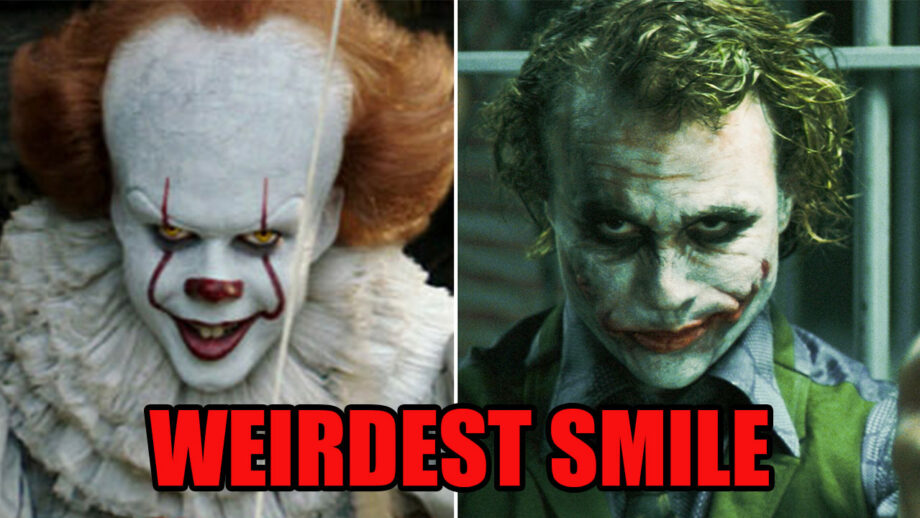 A clown is supposed to make us smile and laugh, but not all of them! Some clowns can be scary as well. And to name them, Joker and Pennywise are the two of the scariest clowns that anyone would have ever watched on the screens. These two clowns are well known for their sadist and scary appearances. Both Joker and Pennywise have also got a weird smile, which will give you spine chills. Their smile is not like other funny clowns and gives an essence of creepiness and bloodcurdling.

Joker is a totally DC Comic Universe’s creation. The fictional character has been seen in several DC movies, and the role is played by several actors, including Joaquin Phoenix who played the role in the latest Joker (2019) movie. Joker tells an amazing sadistic story with a lot of pain and a horrific series of events. The line “put on a happy face” is used by the character, while making himself a forceful smile with his fingers. The smile gives a very hair-raising feel to many audiences.

On the other hand, Pennywise from the IT movie series has been no less. The fictional character can give you a horrific experience. The character has got a really very weird smile. If one gets to see Pennywise’s tooth, then that is enough to get a nightmare. Pennywise has got a ghastly smile which will never make you like him. He is totally different from other clowns.

Who between Joker and Pennywise do you think has got the weirdest smile? Comment down below!

Must read: We Bet You Didn’t Know About The Facts Of Hollywood Movie Joker Aniruddh Dave’s ‘clown’ avatar is close to his heart!!