2011 film Contagion is exactly what the world is facing today The American thriller film Contagion released in 2011 had a plot that is similar to the outbreak of the pandemic the world is facing today. The resemblance is so eerie, it’s unbelievable. The film begins with a woman returning from a business trip to Hong Kong. The woman dies after two days and later her husband finds his stepson son dead from a similar disease. Various news surface saying its a bioweapon attack. An Epidemic Intelligence officer traces the outbreak to the woman who returned from Hong Kong.

In the film, the doctors find that the virus is a mix of bat and pig genetics. It also shows how to alleviate their sales how a conspiracy theorist fakes his illness and claims to be cured of the disease with a certain drug. Later people flock to the pharmacies for it and his conspiracy is caught. A researcher, finds a vaccine and injects herself and doesn’t get affected and the vaccine is released. The epidemic is declared as a pandemic killing over 26 million people worldwide. Later it is traced who the woman met and how the virus spread. In the flashback, it shows how the virus entered and transferred from the bats to pigs and then to humans.

The film resembles the current situation so perfectly, that the film has resurfaced and is rewatched by numerous audience. The plot is exactly the same, with the virus from a similar species and the outbreak from an Asian country.

Life certainly seems like a Hollywood film at the moment! Kate Winslet And Edward Abel Smith: This Is The Combined Net Worth Of The STRONGEST Couple 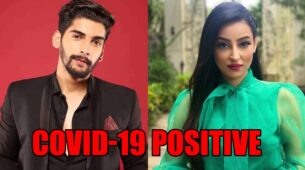