Game Of Thrones actor Peter Dinklage and his unknown facts make for a good read. Peter Dinklage the American actor and producer received huge acclaim for portraying the role of Tyrion Lannister in the series Game Of Thrones. Dinklage is a dwarf and stands at 4 ft 5 in. He has starred in many stage productions. His film debut was with Living in Oblivion.

He has appeared in films Elf, Lassie, Underdog, Death At A Funeral etc.

We now talk of the unknown facts of Peter Dinklage.

Did you know that Peter Dinklage loves animals? He is one of the actors who is outspoken about their safety.

Do you know that he has a scar that runs from his neck to his eyebrow, which he got during his plays with his punk band Whizzy.

He simply loves himself in the role of Tyrion Lannister but he hates the action scenes in which he performed.

Do you know that he is the only American cast member in Game Of Thrones? See What You Didn’t Know About Saath Nibhaana Saathiya 2 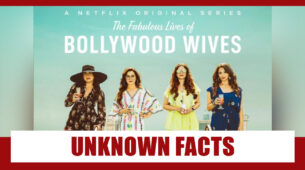