Of all the members of the band Aasma, Neeti Mohan has been the most successful. Eldest of the Mohan sisters, Neeti Mohan has been a part of the Bollywood industry since 2012. But her musical journey began long before that.

Although Neeti Mohan started learning music at quite a young age and participated in various shows growing up, she had never thought of making a career in singing, let alone of joining Bollywood. She shot to fame when she took part in Channel V’s Popstars in 2003 and won. Along with the other winners of Coke [V] Popstars Jimmy Felix, Sangeet Haldipur, Peyush Dixit, Aamir Ali and Vasudha Sharma, Neeti was a part of the Indian pop band Aasma. Though the band had a short-lived career (the band split up in 2004) and released just two albums, Aasma did give us cult classics like Chandu ke Chacha and Tumse Hi Pyaar.

The voice of multiple B-town actresses, Neeti Mohan got her first Bollywood break with Karan Johar’s teen drama, Student of the Year. She sang the hit ballad Ishq Wala Love which featured Alia Bhatt, Varun Dhawan and Siddharth Malhotra. She soon caught her next big break when she was asked to lend her voice for the song Jiya Re for 2012 hit Jab Tak Hain Jaan. Recognition for her talent also came in the form of the RD Burman award for both these songs.

The yoga enthusiast, avid badminton player and also a learned dancer, she also lent her voice for the song Nazar Laaye from the 2013 movie Raanjhanaa, Darbadar from CityLights (2014), Tu Hi Tu from Kick and Mohabbat Buri Bimari from Bombay Velvet (2015). The latest song in her kitty is the song Naino wale Ne from the multi-starrer Padmaavat (2018).

In 2016, The Voice, a singing reality show competition, boarded her as a mentor for the participants and it seems like life has come to a full circle for her. 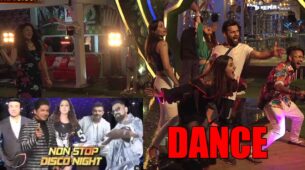