With two Bollywood films and the upcoming Punjabi rom-com 'Shadaa', singer-actor Diljit Dosanjh is quite occupied in his professional life. But he says neither his approach nor his discipline has changed towards his work after he tasted success. The actor says that he is still a singer at heart even though he has worked in many films be it Bollywood or Punjabi movies. For him, music has always been a priority and that hasn’t changed even after so many years. Diljit says he is always more worried about the fate of his live shows rather than the performance of his movies at the box office. Diljit shares, “Till date, I get all worked up about my music tours and keep thinking whether the arena will be full. A day after the release of my Punjabi film, which was a massive hit, I had a show in Toronto. But more than the film’s fate, I was worried about my show, praying that it would go well. Aaj bhi live shows mein perform Karne mein mujhe darr lagta hai because anything can happen. I think that no number of rehearsals can guarantee the outcome of a live show.”

From a young age, he got an inclination towards music and started performing at local gurudwaras. He gave his first stage performance at a village, for the purpose of engaging the audience; as Master Saleem was late for his performance. In 2000, he made his singing debut with the album ‘Ishq Da Uda Ada.’ His song “Lak 28 Kudi Da” was a mega-hit in which Yo Yo Honey Singh was also featured. In 2013, his singing breakthrough came with the song “Proper Patola” ft. Badshah. Moreover, it became the first Punjabi song to be featured on Vevo.

Currently, he is one of the best singers in Bollywood and Punjabi. He is very talented and yet very down to earth. 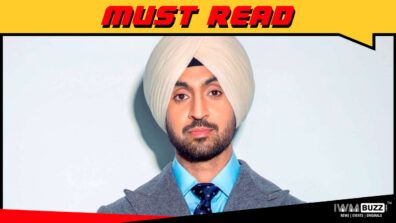 When these pictures of Alia Bhatt took our breath away Hottest moments of Alia Bhatt because you deserve it