Hollywood has always come up with many new fashion ideas which have influenced fashion trends every time. Miley Cyrus has slayed every time with her sexy avatar. Check it!

Miley Cyrus has gone through a massive evolution in the past decade. From being a girl next door, she is now a fireball. She has grown sexy day by day. She had a crazy transformation from the Disney star to a pop star.

Her appearance is her music video Wrecking Ball (2013) was quite shocking and jaw-dropping for everyone around the world. She sat naked on a wrecking ball, wearing a pair of boots, and licking a metal hammer, in the music video. People talked a lot about the video.

Her both off-stage and on-stage performance was quite sexualizing and raunchy. Well, her social media posts are no less. Her posts can melt anyone down with her hotness.

She slayed it every time with her sexy avatar. Take a look.

Tell us which one did you like the most. 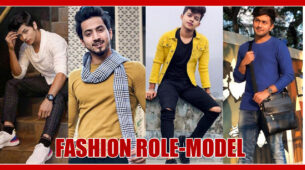 Why Is Nora Fatehi So Sexy?