Catch a Shreya Ghoshal Live concert and you’ll realize what you’ve been missing out. 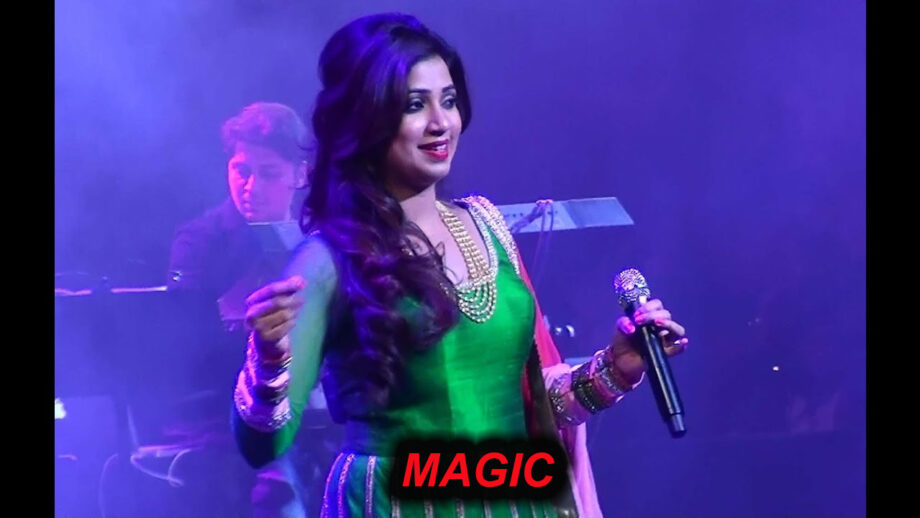 Started learning music at the age of four. Started her formal training in classical music at six. At 16, she won Sa Re Ga Ma Pa, the singing T.V reality show and caught the attention of filmmaker Sanjay Leela Bhansali. At 18, she debuted as a playback singer with Sanjay Leela Bhansali’s Devdas and received not just one or two but three awards – National Film Award, a Filmfare RD Burman Award for New Music Talent and a Filmfare Award for Best Female Playback Singer. We’re talking about Shreya Ghoshal if you haven’t guessed it already.

Her lovely voice has amassed fans for her across the world. Whether it is a concert in Mumbai or London, Shreya’s silky smooth voice is enough to sell tickets and pack stadiums every time she goes live. Ask any person who has been to a concert where Shreya Ghoshal was performing and they will tell you what an absolute treat it is. The paisa vasool live concerts include Shreya crooning not just her own hits but also paying tributes to yesteryear hits. For instance, in her 7th May concert at Eventim Apollo, she performed Piyu Bole, Samjhawan, Silsila Yeh Chaahat Ka and many others and also wowed the audience with her rendition of Lata Mangeshkar’s Lagg Ja Gale and Chura Liya.

She’s known to perform extra songs when the audience demands it. If you’re a music lover, you should definitely add watching Shreya Ghoshal Live to your bucket list.

Energetic and versatile, that's Jennifer Lopez for you